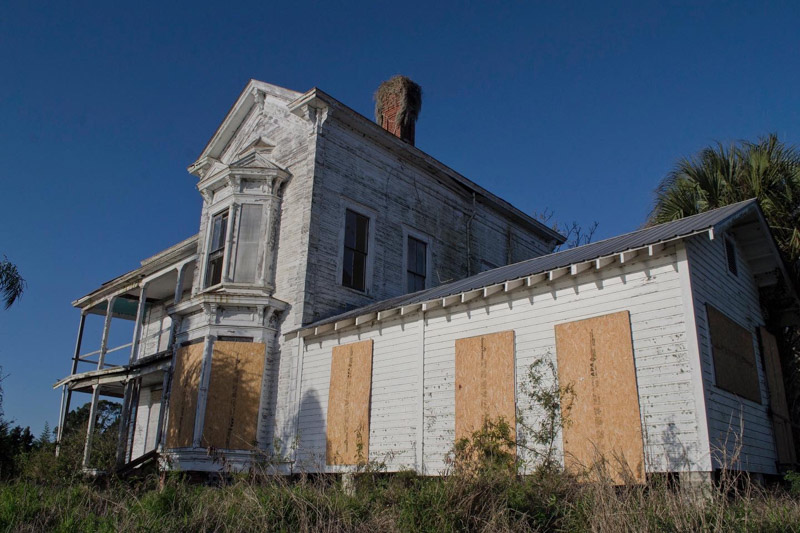 Arthur Abrehart Stivender was born on June 8, 1842, in Barbour County, Alabama to Duncan Wright Stivender and Margaret Gillie Ann Lee. After her husband died in 1860, Margaret and her children moved down to join her family in Lake County, Florida. Her brother, Evander McIver Lee, had settled in what would be known as Leesburg in 1857 where he had opened a dry goods store.

How Leesburg came about, the story goes when goods were ordered, without a township to ship to, he told them to send it to “Leesburg”. Margaret operated the Leesburg Hotel, a two-story wooden boarding house of about ten or twelve rooms, and was incorporated in the construction of the Lakeview Hotel in the 1880s. Margaret’s son, Akin Stivender, was Leesburg’s first town marshall while Arthur Stivender became a dentist.

Arthur married his first wife Annie D. Stroble in 1867, though she died in childbirth in 1869. He married his second wife Sarah L. “Sallie” Macon on January 30, 1872, and had three children together. It should be noted that while records have her down as Sarah L. “Sallie” Macon, her gravestone reads Salley L. Stivender. She died on May 18, 1876, possibly in childbirth as well. Arthur then married Rosabelle “Belle” Embry on October 18, 1882, and had four children together.

Three miles east of Leesburg on the shores of Lake Harris is the ghost town of Eldorado. Back then though, Eldorado was a small yet burgeoning community with its own railroad depot and post office. One of the first citrus groves developed there was by James Robert Cunningham, a school teacher from Pickens County, Alabama who served on the county school board for 20 years. He also served as a private in Company B, 2nd Regiment, Alabama Infantry of the Confederate States Army, a regiment organized in Pickens County on February 19, 1861.

He moved down to Lake County where his former captain, Colonel Thomas C. Lanier, had developed an orange grove, located just north of Eldorado near Lake Griffin. Cunningham bought a tract of land on a small island and with buds that came from Lanier’s orange trees, budded it with sweet oranges. The soil on the island was well suited for growing such high-quality fruit that it became known as the “Cunningham Sweet” and was extensively grown around the Leesburg area.

Major O. P. Rooks, who owned vast tracts of orange groves and is credited for naming the town of Fruitland Park, took first place at the New Orleans World’s Fair in 1885 with the Cunningham Sweet orange. Soon, others began investing in the area and developing their own orange groves such as Colonel William H. Sims, former lieutenant governor of Mississippi, and Ellen Lucy Barstow Platt, wife of U.S. Senator and “political boss” of the Republican Party, Thomas Collier Platt.

Arthur Stivender developed his own grove at Eldorado near where the railroad depot was located at. It was in 1881 that he built this Italianate-style home for his large family. It is said that one of his sons was into racing automobiles in the early 20th century and had built what is now Sunnyside Loop as a racetrack. On May 2, 1900, Dr. Arthur A. Stivender died and is buried at Lone Oak Cemetery where much of his family is also buried. His widow continued caring for the grove and house until her death on August 18, 1934.

The home and property remained in the family with their son, Arthur Embry Stivender, taking over the property followed by his daughter, Gladys Stivender Biggers. According to locals, Gladys had lived in the house her entire life and the family’s orange groves had always been tended to. Towards the end of her life, she could no longer live on her own and thus the home was abandoned sometime in the 2000s.

After Gladys’ death in 2014, the contents of the home were sold at an estate sale and the property was sold in 2016 to Eric H. Coe, a Leesburg primary care physician. Sadly, the house was completely destroyed in a fire on July 2, 2021. The house was featured in the comedy-drama film “Away We Go” in 2009; a clip of the scene can be seen below.