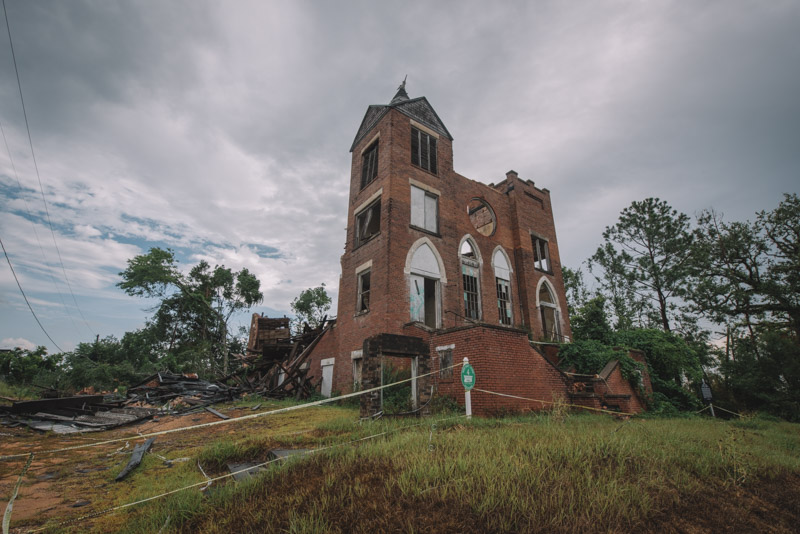 Saint Luke Baptist Church, also known as Saint Luke Missionary Baptist Church, was a historic church located in Marianna. It faced Jackson Street where part of the Battle of Marianna was fought in 1864, was a stop on Florida’s Black History Trail, and was added to the U.S. National Register of Historic Places on February 12, 2003.

An historical marker in front of the church provides the following information:

“This African-American church was founded under a brush arbor on the banks of the Chipola River in August, 1867 under the leadership of Rev. Samuel Brown. Shortly after organizing, one of the members who owned a blacksmith shop allowed his shop to be used as the first permanent home of the Saint Luke Baptist Church. In 1890, Rev. William King and congregation selected the present site and a wooden structure was erected. The years that followed were glorious years for the members of Saint Luke and the surrounding area. The church was used for religious and educational purposes. In 1921, under the leadership of Rev. King David Britt (1882-1959), the present brick structure was erected. The church was completed under the leadership of Rev. L. C. Herring, Rev. L. B. Brown, and Rev. Dr. A. H. Parker (1907-1995). The design of the building follows the Gothic Revival Style with its pointed, arch leaded stained glass windows and towers on either side of the central nave. The church is located on one of the highest points in central Marianna. Even though the building was vacated by the congregation in 1984, it continues to be a main focal point in Marianna.”

On October 10, 2018, Hurricane Michael made landfall in the Florida Panhandle causing mass destruction throughout the area. Following the storm, most of the building was found to have been destroyed.