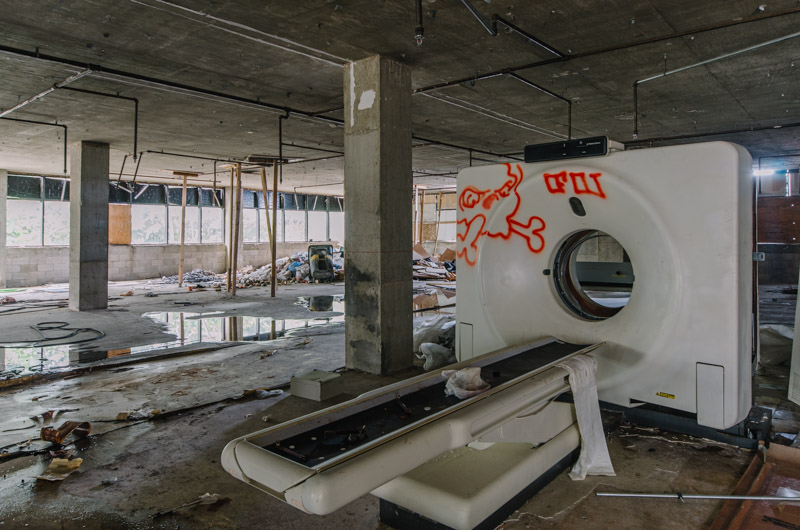 Located at the corner of Alton Road and W 6th St, South Shore Hospital and Medical Center was built in 1967 to serve the surrounding area. By 2002, the hospital was $30 million in debt and was losing up to $31 million a year. Developer Crescent Heights purchased the property in February 2004 and planned to renovate the building and change it from a non-profit hospital to a for-profit one. The initial plan was to sell the property to David Galbut, the brother of Crescent Heights managing principal Russell Galbut, and rename the hospital, South Beach Doctor’s Hospital. A 55,000-square-foot condo building was planned to be built just north of hospital, followed by tearing the nearby Stanley Meyers Health Clinic and building a 35,000-square-foot condo building, dubbing the complex the South Beach Professional Center.

The plan fell through and the hospital was sold to Dr. Ira S. Barton in March 2005, renaming the it to South Beach Community Hospital. At this time, the hospital had also been consolidated into the three-story building while still operating with 148 beds, leaving the connected 10-story vacant.

In December, the hospital was threatened with exclusion from participation in Medicare, Medicaid, and all other federal care programs if they don’t comply with it’s corporate integrity agreement; this came after previous owners settled charges after over-billing Medicare with false reports. In March 2006, the owners filed for bankruptcy and sold the property in June.

The hospital remained empty until 2011, when developer and owner Crescent Heights began plans to demolish the hospital, along with the 7-11 across the street and a nearby parking garage, and to be replaced with a residential condo tower.