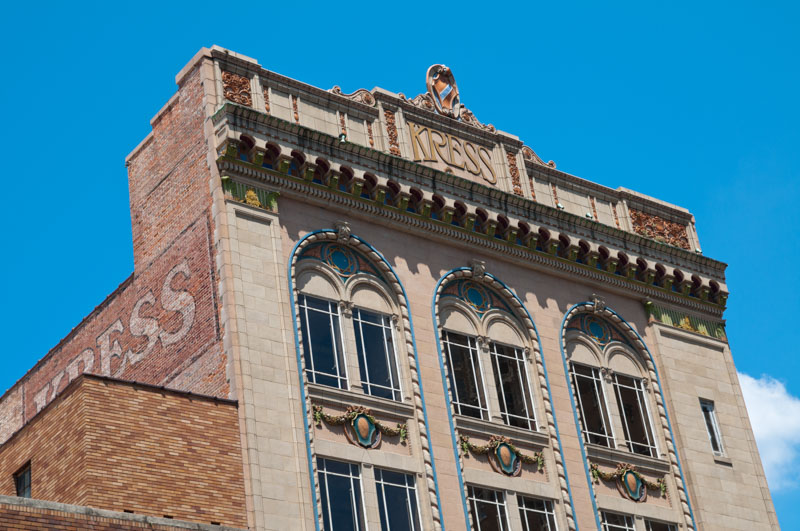 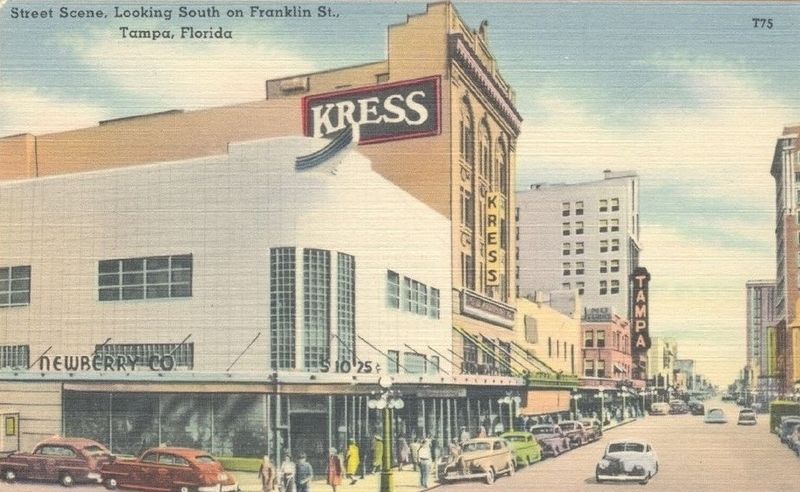 S. H. Kress & Co. was a chain of “five and dime” department stores in various parts of the United States, which began operations in 1896. Five and dime stores were the original dollar stores, selling goods for a nickel or a dime. Samuel H. Kress opened the first Tampa store on Franklin Street in 1900. In 1929, just before the Great Depression, he demolished the structure and built the amazing structure that stands today between a former Woolworth and a former J.J. Newsberry.

Kress envisioned his stores as works of public art that would contribute to the cityscape. Kress’ team of architects designed each store to stand out but to fit in with the surrounding architecture. Each store had unique fine architecture and the building in Tampa was no different, with its bronze marquees, coats of arms and Renaissance Revival terra-cotta facades, including glazed multi-colored trim. A number of former Kress stores are recognized as architectural landmarks and many are listed on the National Register of Historic Places, including this building as well as three more in the state of Florida.

In 1964 Genesco, Inc. bought Kress and abandoned its center-city stores and moved to shopping malls. The liquidation of Kress began in 1980, with the store in Tampa closing in 1981.

Though, the Kress building was added to the National Register of Historic Places on April 7, 1983, the building has slowly deteriorated. Plans to renovate the building along with the J.J. Newberry next door have been talked about since it’s closing. The most disastrous, to this author’s opinion, was that of Richard Wellhouse Stein, whose idea was to redo the exterior of the J.J. Newberry to complement the Kress building and to add nine-stories and an atrium to the top of them.

In 2006, at the recommendation of the city’s Historic Preservation Commission, the city council landmarked the S.H. Kress building and the facades of the adjacent Woolworth and J.J. Newberry buildings. The Kress building is currently undergoing renovation.

In November 2017, the Kress block was sold for $9 million to The Wilson Company, a real estate firm. There are no immediate development plans or tenants, but ideas are being thrown around such as turning the Kress building into an event space and restoring the Woolworth’s lunch counter. 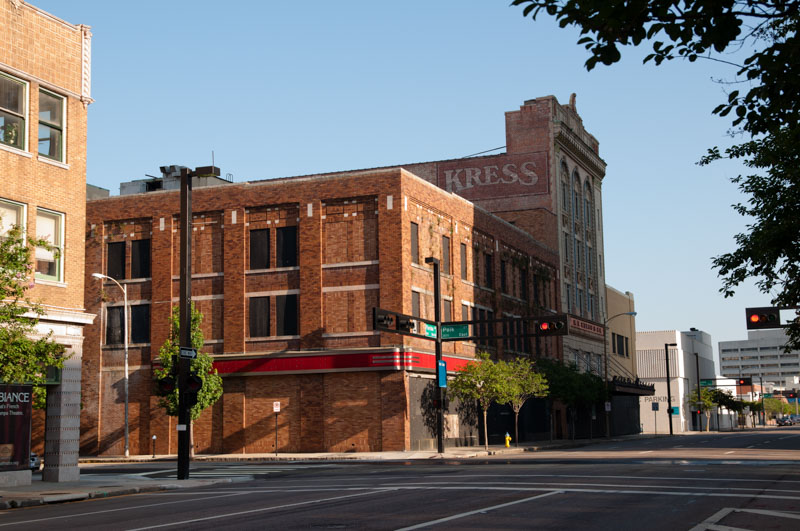