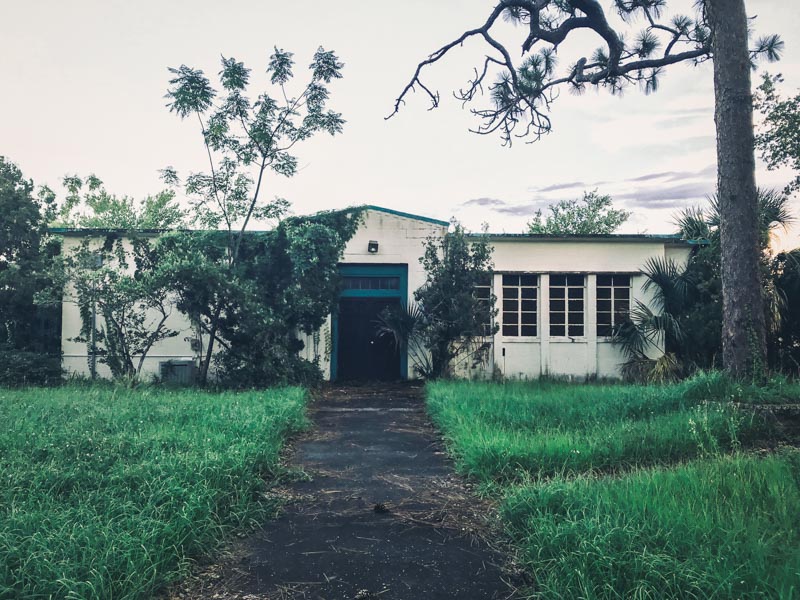 On August 15, 1887, the town of Eatonville was incorporated, making it one of the first self-governing all-black townships in the United States. Towns as such were created due to the unfortunate refusal by local town and county police forces to protect black communities. A man by the name of Josiah C. Eaton, whom Eatonville is named for, was part of a modest group of white landowners who were happy to sell sufficient land to African Americans for the purpose of integrating as a black town.

Shortly after, in 1897, Professor and Mrs. Russell C. Calhoun, the Professor being a graduate of Tuskegee Institute, together founded the Hungerford Vocational High School. Mr. E.C. Hungerford of Chester, CT, and winter homeowner in nearby Maitland, Florida, donated 160 acres of land to the school in the spring of 1898. The land donation was in memory of Hungerford’s latest son Robert, a doctor who passed away due to a case of yellow fever. Robert Hungerford was a very caring and committed doctor who also dedicated time to teaching African Americans how to read and write. Even when he himself became ill, he refused to cease watching over a sick African American boy, who no one else would care for.

The Hungerford Vocational High School was made possible due to all of the donations flowing in, not only from Florida but throughout the country. The first two cash donations were given by Miss Mary Brown of Winter Park and by Booker T. Washington, of Tuskegee Institute, in the sum of $400. Shortly after, the head manufacturer of Troy, New York, Mr. George B. Cluett, provided $8,000 to construct a second building. He had also given an additional $4,000 for the purchase of an orange grove near the campus.

A dining hall named after Cluett burned down in 1922, a year and a half later a stone structure bearing the same name was erected in its place. In order to reconstruct the dining hall, Cluett contributed a major amount of money and then personally insisted the hall be renamed “Calhoun Hall”, after the original founders. Cluett continued to avidly support Hungerford Vocational by annually donating $500 towards expenses for a number of years.

The school was initially intended to support just a handful of students, however, by 1927 the school’s attendance had risen to more than 100 boarding pupils. Along with their offered day courses, night classes were also made available for adults. Each citizen attending Hungerford was required to make their own arrangements to attend the institution, being as it was a private school. In 1938, African American students residing in Winter Park were now able to attend Hungerford as well as commute to school by bus daily, thanks to the arrangements made by Orange County.

Chores were distributed to students, outside of the classroom, to teach the important lesson of responsibilities. Such responsibilities included maintaining the school’s chicken coops, gardens, dairy, classrooms, and dorms. Every Sunday afternoon Hungerford held free choral concerts for the communities of Eatonville and Winter Park. This was to thank the two towns for their involvement in the school’s development.

Hungerford became a public school in the year 1950; the vintage, founding campus buildings were torn down and replaced anew. Sadly, due to such a low student count and high costs to operate the school, in 2009, the school board voted to close Hungerford in an attempt to save $1.2 million. The overgrown, mossy, decaying remains of Hungerford Vocational High School still stand within the town of Eatonville. The school’s field and auditorium are currently available for public use such as track meets, football practices as well as a community meeting place for Eatonville’s residents. Just on the opposite end of the school, seemingly in one of the old buildings, is a Diabetes center named the “Healthy Eatonville Place”, a neighborhood place for health and wellness. Life seems to go on around Hungerford Vocational right on its doorstep, while the school sits rotting just 50 feet away in the background.

In October of 2016, the Orange County school board had opened up bids on the remaining 100 acres of Hungerford’s land and buildings. This decision had stirred up a bit of an uproar being as how Eatonville is one of the oldest black incorporated towns in the United States (est. 1887), and Hungerford as the focal point of the town for almost its entire history. Although the land belongs to the Orange County Public School system, the selling and developing of the property has been placed into the hands of Eatonville which has some residents concerned. The fear is the possibility of constructing condos that are much too expensive for most residents of Eatonville which may also push out the existing community. They instead hope for something that will generate revenue for their town like a vocational/technical school or cultural center. All hopes and dreams aside, the fate of the historical Hungerford Vocational High School now lies in the hands of the Mayor and Town Council of Eatonville, Florida