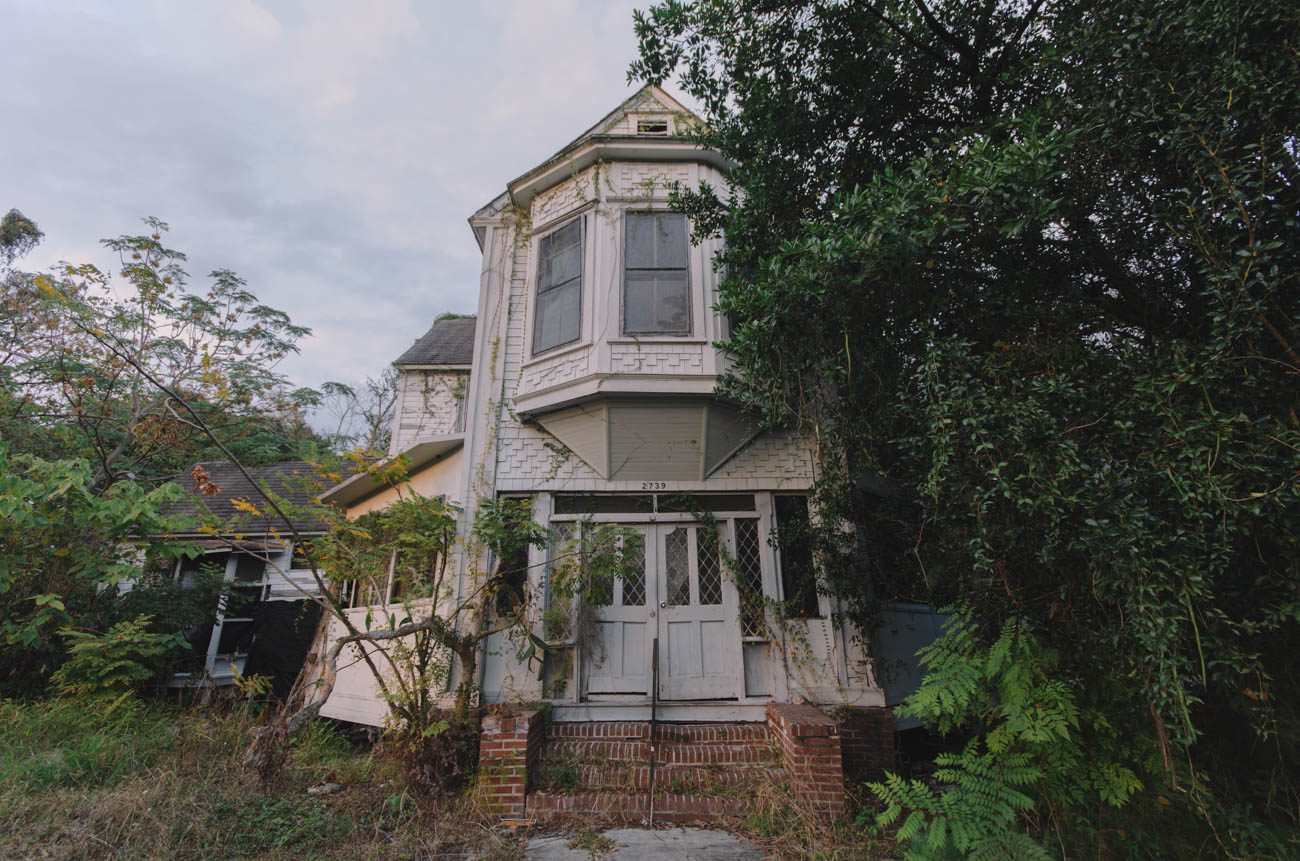 Before you continue reading, please note that the following information was from a local resident of Orlando who supposedly spent years researching the history of the Riddle House. Most of it isn’t confirmed and comes from neighbors and local residents, so take it all with a grain of salt.

Built in 1881, the Riddle House was one of the oldest structures in the area. A banker from New York built it for his wife as a wedding present, a summer country retreat at what was at the time, 500 acres of cattle and farmland, what is now Riddle Drive in Orlando. According to locals, the house was built on an old Indian mound and many Indian artifacts were found there while digging in the ground as kids, including arrowheads, pottery shards, and bones. Sadly, the banker’s wife passed away shortly after moving down due to yellow fever.

The house was bought by silent film actor and comedian Roscoe “Fatty” Arbuckle who used it briefly as a tourist attraction that included a sinkhole, now in the Biltmore Shores subdivision. One of the most popular silent film stars of the 1910s and one of the highest-paid actors in Hollywood at the time, he mentored Charlie Chaplin and discovered Buster Keaton and Bob Hope.

Arbuckle was accused of raping and killing actress Virginia Rappein and stood trial between November 1921 and April 1922. The first two trials resulted in hung juries but he was acquitted in the third trial after Buster Keaton defended him in court with the jury issuing him a written apology. Despite Arbuckle’s acquittal, the scandal mostly overshadowed his legacy as a pioneering comedian. He died in 1933 in his sleep due to a heart attack.

Used as a Hospital

Years later, it was acquired by the State of Florida and used as a country hospital and tuberculosis ward in the 1920s. Neighbors who have been said to have lived in the area since the 1930s claim the house was used as a relief hub for a local mental asylum. They recall sneaking up to the house as kids and seeing people in cages covered in feces. During my research, no mental asylums could be found in the area during this era and the closest thing to an “asylum” was the Central Florida Tuberculosis Hospital which was built in 1939.

It was purchased in 1966 by a family who moved down from Washington D.C. In the 1970s, it was known as the home of “The Orlando Wicker Man” and it’s exactly how it sounds; he made wicker furniture and other items. I cannot stress enough, that none of what you’ve read can be substantiated and is simply hearsay.

What I could find was that the home was purchased by Rose C. Shannon who moved down to Winter Park from Poughkeepsie, New York in 1981. She died the following year at the age of 85. The property was foreclosed on in 2014 and purchased in September. It was demolished on January 19, 2015.