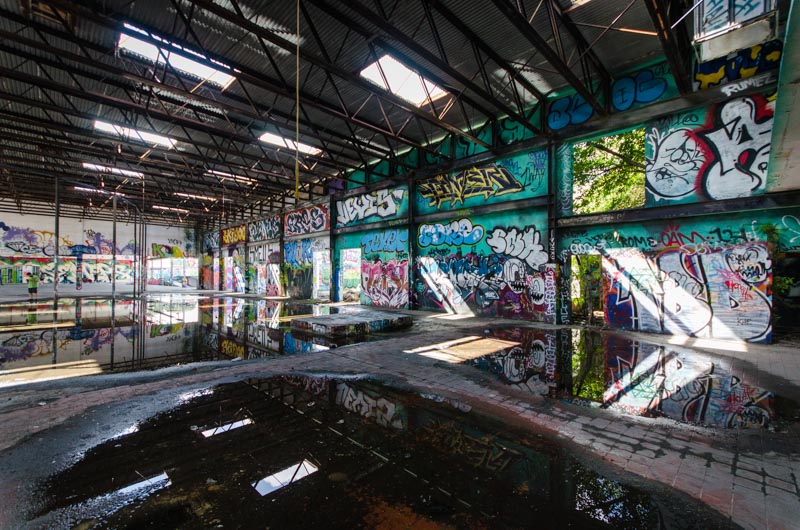 Information came from the book, “Lost Miami: Stories and Secrets Behind Magic City Ruins” which can be purchased from Abandoned Atlas.

Royal Crown Company Inc., originally called the Union Bottling Works, started up in 1905 in Columbus, Georgia by Claud A. Hatcher, a graduate pharmacist who created his own soft drinks in the basement of his family’s wholesale grocery business.

After organizing the Union Bottling Works, the Hatcher Grocery Company began producing drinks under’s their own labels, the first line of beverages being named Royal Crown, and the first cola drink was called Chero-Cola. The manufacture and bottling of soft drinks under the Union Bottling Works continued until 1912, when the newly organized Chero-Cola Co. took over the business and expanded its line of products which included Royal Crown Ginger Ale, Royal Crown Strawberry, Royal Crown Root Beer and of course, Chero-Cola.

In 1925, the Nehi line of flavored soft drinks was introduced. Supposedly, the name came about about when Claude Hatcher overheard a route salesman enter the plant one day and describe a competitor’s tall bottle as being “knee-high”. The Nehi line was so successful that the company changed its name again, from Chero-Cola Co. to the Nehi Corporation.

Claude Hatcher died suddenly on December 31, 1933, and was succeeded by H.R. Mott, who was vice president of the Nehi Corporation. As the new president, he was greeted a large amount of debt and had a goal to free the company of all debt and to keep it that way. He streamlined operations, obtained extensions of credit, and cut expenses and within a year, he had obtained his goal; the Nehi Corporation was debt-free which is something unobtainable by most companies, especially during the Great Depression.

During that time, Mott came to the conclusion that the company needed an improved cola product. The company chemist, Rufus Kamm, was put on the task and within six months, Kamm’s new cola concentrate was sent to select bottlers for testing. It was an instant success, and was named after Hatcher’s original ginger ale soft drink, Royal Crown.

The Nehi Corporation’s success grew rapidly and it was decided in 1955 to change the corporation’s a third time to Royal Crown Cola Co.

The corporate headquarters for Royal Crown Companies Inc. were relocated from Atlanta, Georgia to Miami, Florida. Located at was is now known as the Wynwood Art District, The Miami plant was built in 1935, but many of the it’s features like the outside wall and plumbing weren’t added on until the late-60s and 70s.

Under Harralson, RC Cola made headlines nationwide in 1986 by charging competitors with federal anti-trust law violations. He took out full page newspaper ads declaring that proposed acquisitions by the soft drink giants would give them combined 80 percent market share. The Federal Trade Commission and federal judge upheld RC’s positions. The proposed buyouts were promptly abandoned.

By the early-90s, Posner’s empire was collapsing under investigations and lawsuits, including one brought by shareholders of his DWG holding company charging that he and his son Steven had drained its assets to line their own pockets. In 1993, a federal judge banned Posner and his son from ever running any public company.

The Miami plant was closed down and it wasn’t long before graffiti began appearing on the outer walls of the property; Miami New Times has a timeline of the graffiti there from throughout the years.

The property has been one of the focal points during Art Basel which is held every year in December, and has been used for filming such as 2Fast2Furious. It is currently owned by the Mana Urban Arts Project and all pieces painted there are under the curation of the Bushwick Collective. 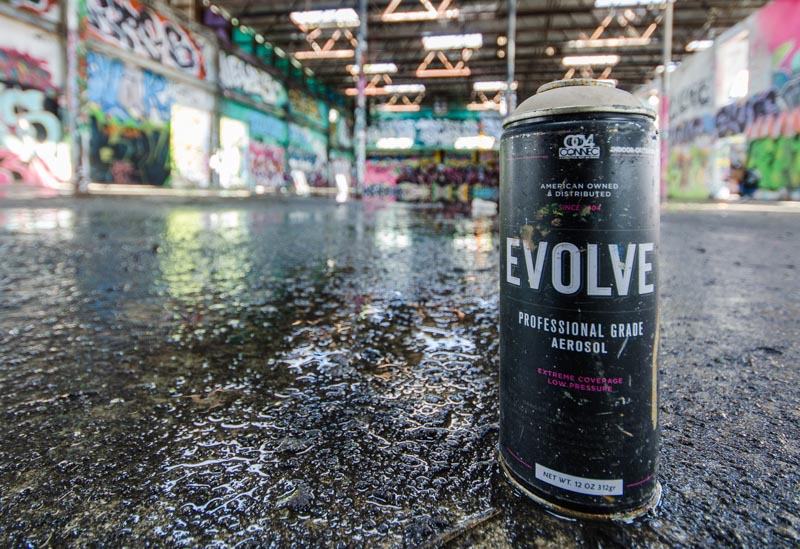