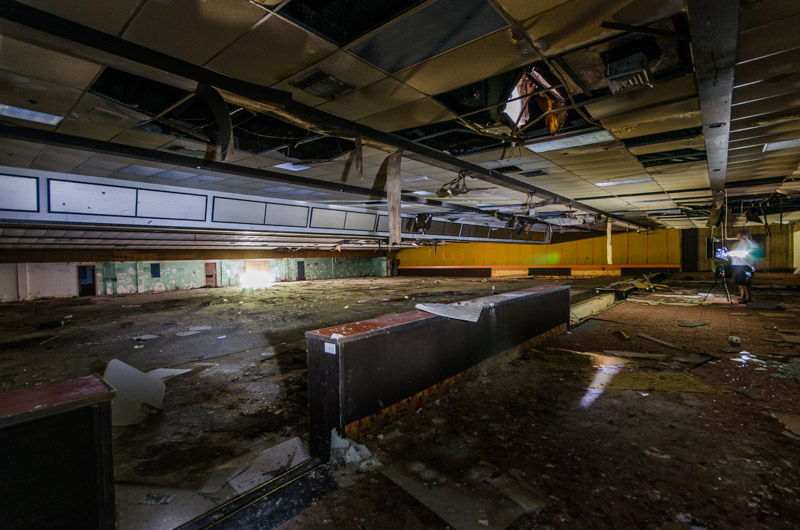 Originally known as Port Malabar Lanes, the 24 lane bowling alley opened in 1972 at 2170 Port Malabar Blvd NE, Palm Bay, Florida. At the time, it was Palm Bay’s only bowling center until the Brevard Bowling Center, now known as Shore Lanes, was built in 1988.

In 2002, the property was sold to Frank Ciolli. In less than a year later, the property was condemned due to multiple code violations and has accumulated liens totaling over half a million dollars. Since then, the city has been working with the property owner to resolve the code compliance issues and make the property suitable for new development.

Throughout the years, it fell into further disrepair and was the source of many neighbor complaints, most of which was probably caused by kids who would venture in at night and vagrants who slept in and around the building. In August 2015, the building was finally demolished.

“This is a positive step forward for this area,” said Stuart Buchanan, the City’s Director of Growth Management. “This property has been a point of contention between the owner and neighbors for years. Now the property can be redeveloped and bring a new commercial uses that will provide services and employment to the surrounding community.”