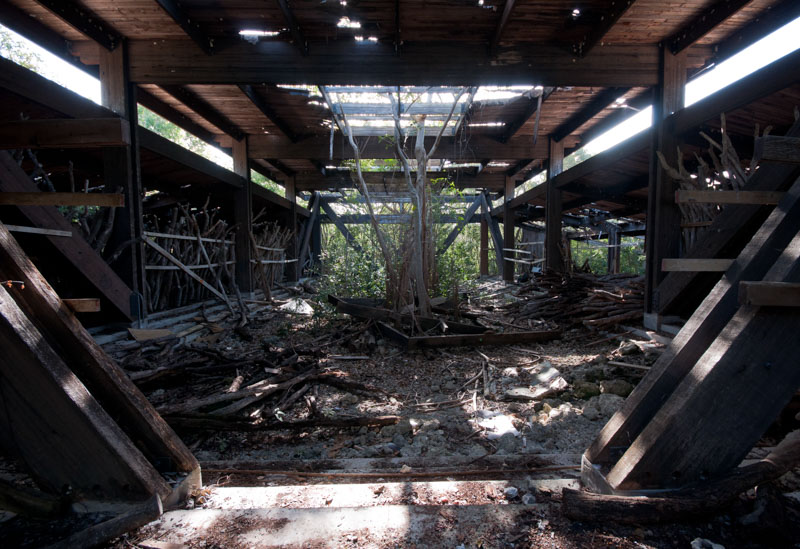 Dredging and filling was rampant in the Keys in the early-1970s. In order to control the local government’s lack of ability or desire to control development, on April 15, 1975, the Florida Keys became an Area of Critical State Concern(ACSC), which was supposed to prevent the Keys from becoming a ‘concrete jungle’.

In 1982, the Department of Community Affairs(DCA) had a consultant prepare the “Inpact Analysis of Florida Keys Critical Area Designation” study, a 300-page report that provided information that everyone already know. As in the 1930s prohibition days, the Keys ignored it.

In 1983 the DCA threatened a state take-over for all new development and it development a management plan. The county countered that the state had not provided the necessary funds to development a land use map. Slowly but surely, both sides began to compromise. Regardless of their efforts, it was not very effective since by 1984, at least 51 new developments were in process but not approved. The Miami Herald did a series of exposes on the rapid growth, estimating that North Key Largo alone would house 25,000 to 45,000 people.

Today, most of the projects are now forgotten, leaving behind only small remnants. One of the larger projects during the 1970s was the North Key Largo Yacht Club, also known as Solarelle. The project was approved in 1974 before the Keys became an ACSC, therefore it had certain rights. In 1980, Fritz Sharenberg took over the project and renamed it Port Bougainville, which we know it as today. Under the new development order, 2806 units were to be constructed.

The Monroe County Grand Jury and environmentalist groups tried to derail the construction, with no such luck. In July 1984, the Continental Illinois and Trust called in the $54 million construction loan in default, which was originally a $180 million line of credit, causing construction to be halted. Sharenberg filed a counter-suit for $300 million and the project was placed in receivership to control day to day functions.

Today, portions of North Key Largo are being purchased for conservation by the government. Only remnants of the past projects in the area remain, a handful of buildings left behind for nature to sort out.