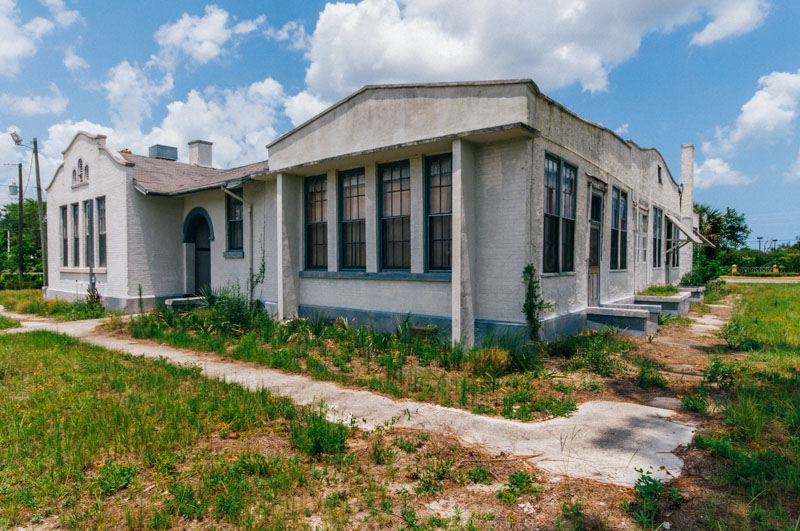 Established as the town of Woodley in 1890s, the name was changed to Quay in 1902 in honor of Senator Matthew S. Quay, who had introduced a Senate bill to widen and deepen the Intercoastal Waterway which the community thought would benefit them. By 1920, the Florida land boom was in full effect and the name Quay did not entice land developers, so the name was changed in 1922 to Winter Beach, “Where the Sunshine Spends the Winter.” But the land boom came and went and Winter Beach remained a small community.

The Pleasant Ridge School, originally known as Quay School, was a Spanish Mission-style structure built in 1919. It was designed by Vero Beach, Florida contractor, J. Hudson Baker and constructed for $5,000.00. The original building included two classrooms and an auditorium, and was later expanded in 1927. The school district gave the property over to the county as long they followed certain terms.

It continued to be used, housing the county’s Head Start program from 1973 to 1999. In 2001, Ross Small World Child Care signed a 10-year lease to use the property as a day care center but closed in 2004 when the building was heavily damaged by hurricanes.

In 2008, the property was returned to the school district due to a reverter clause mandating it’s return if the property no longer was used as public property. Seeing as the exterior walls were separating from the interior walls and the roof and floor had caved in, the district made the choice to demolish the building in December 2011. 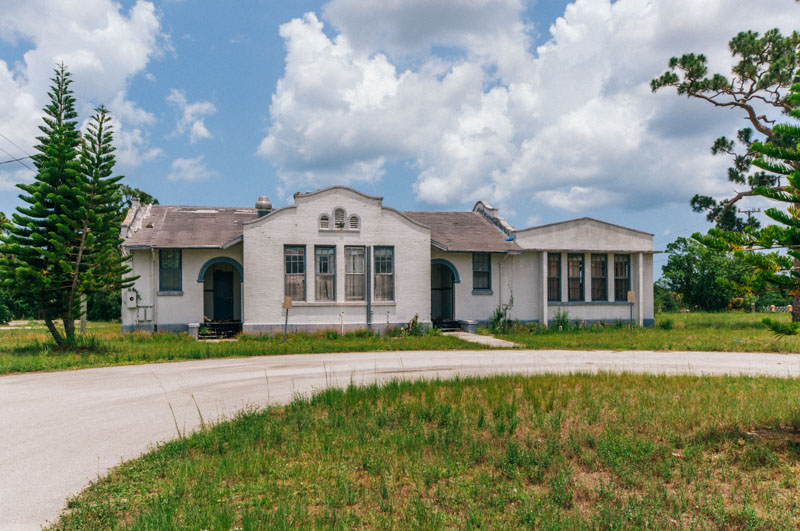