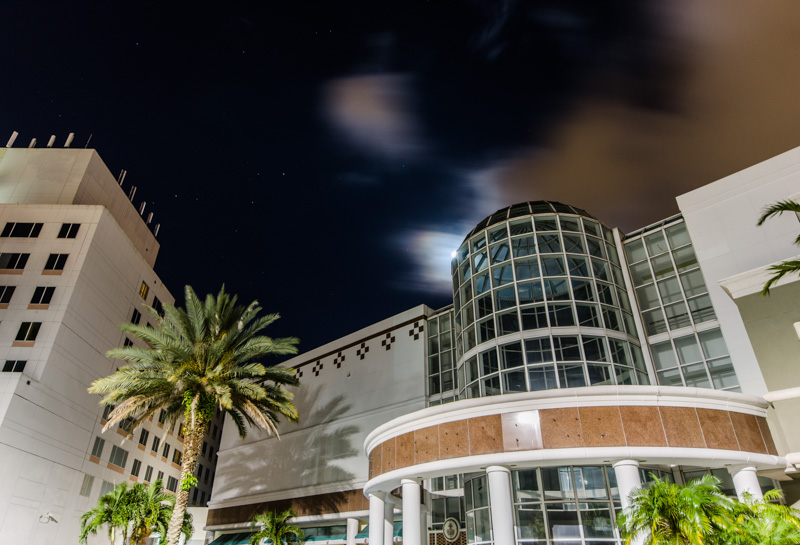 Fashion Mall opened in early 1988 with Lord and Taylor as an anchor store. Macy’s opened as the mall’s second anchor store, just before the 1988 holiday season and before the completion of the rest of the mall.

Lord and Taylor closed in 2003, when the chain exited the state of Florida. After a series of sales, the property was acquired by U.S. Capital Holdings Group in 2004. Macy’s remained opened until 2005, when the mall sustained significant damages during Hurricane Wilma. On July 26, 2006 it was announced that the Macy’s store would permanently close.

After the closure of the mall’s two anchor stores, the occupancy dwindled to fewer than 20 stores. To add to the troubles the mall was experiencing, there was still the hurricane damages and an agreement signed by the previous owners with the city of Plantation to install upgrades to the mall’s fire safety systems. While U.S. Capital Holdings Group considered plans to renovate the property, the city pressed to have the upgrade installed, since the deficiencies were noted as far back as 2003.

U.S. Capital considered the cost of the upgrades excessive and unwarranted unless they were part of the mall’s renovation. Without an amicable resolution, the city informed the mall’s tenants that they would be required to vacate their locations in the mall by October 15, 2007, and that any occupational licenses held by tenants of the center were revoked. 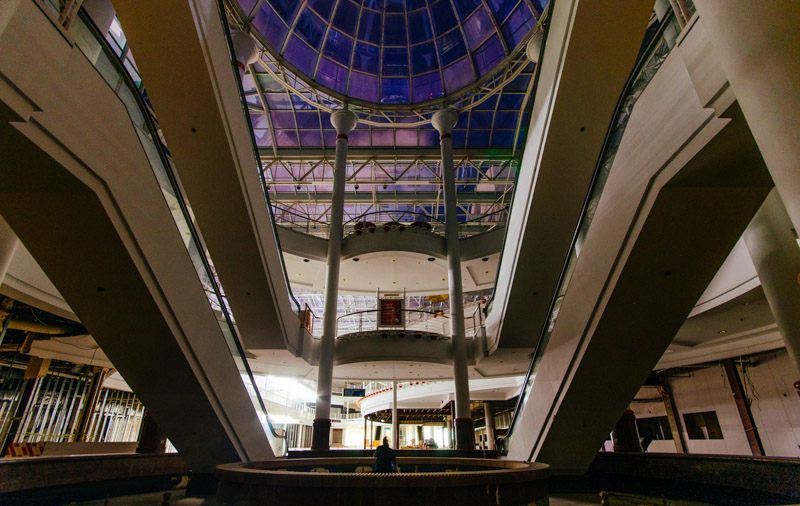 On January 25, 2007, U.S. Capital announced plans to redevelop the property into a mixed-use lifestyle destination called 321 North. The plan called for the demolition of a large portion of the mall, and the retail portion to be renovated into street-front stores. The plan was approved in November 2008 and renovations began. However, the recession in South Florida during late 2008 and 2009 brought the project to a halt. Through 2010 and 2011, legal issues further plagued the project. Finally, after a Chapter 11 restructuring in late 2012, ownership was ready to move forward again.

In May 2014, the majority owner, Chinese company Tangshan Ganglu Iron & Steel Co., accused project manager and minority owner Wei Chen of misappropriating $48.7 million of its funds. Then in October 2014, The developers of the Fashion Mall in Plantation voluntarily filed for Chapter 7 bankruptcy, placing the mall in the hands of professional fiduciaries.

In March 2015, the property was bought by Encore Capitol Management for $37.7 million. New plans call for demolishing much of the mall complex while renovating a handful of the existing Fashion Mall buildings. The new complex will consist of 700 rental apartments, roughly 250,000 square feet of office space and another 225,000 square feet of retail. The mall was demolished in 2016.