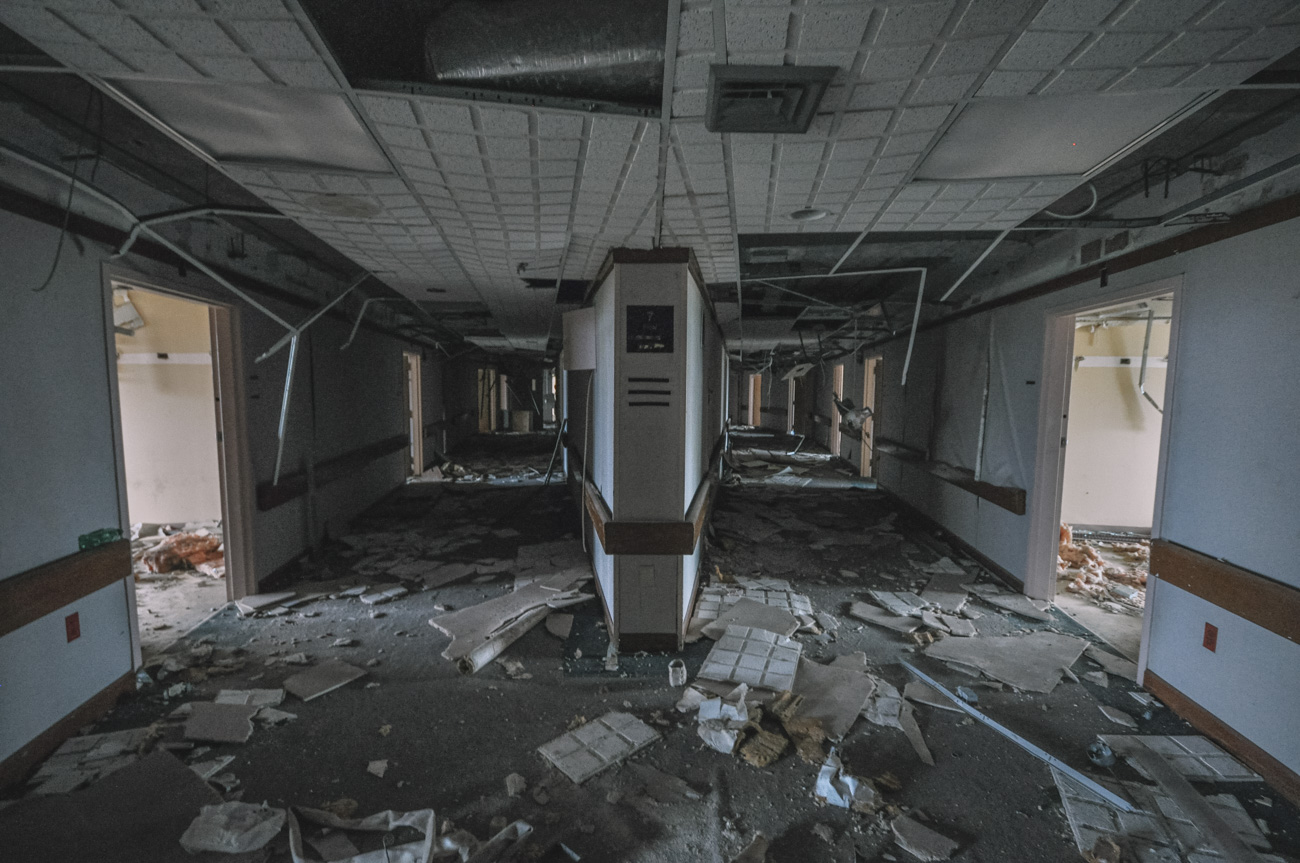 Built in 1972, Parkway West Regional Medical Center officially opened in 1974 with 11 stories, 127 rooms, and enough beds to accommodate over 300 patients. The hospital also had a psych ward on the seventh floor of the building with a designated receiving unit for Baker Act patients. On December 3, 1998, a psychiatric patient killed his psychiatrist, Dr. Christina Gabriele Smith, shooting her twice in the chest. The gunman attempted to flee, firing at anyone attempting to subdue him including James Reed who was leading a Narcotics Anonymous meeting down the hall was grazed in the leg. Another man from the meeting managed to hold the gunman in a bear hug until second-year North Miami Beach police officer Christopher Starnes came up on the elevator with a psychiatric patient and handcuffed the gunman. The gunman’s identity was not disclosed. It was not known how he got his hands on a gun while he was a Baker Act patient or why he fired upon his own doctor.

It remained operational until finally closing in 2002. The property was bought in 2004 for $4.2 million by Jacob Sopher, President of Ace Parking Management. In 2009, a group of local businessmen had plans to renovate the deteriorating hospital into an assisted living facility. It was to be named Diamond Pointe and would have 150-rooms and 50 to 100 employees. The $22 million project never materialized.

As Parkway West has deteriorated over the years, it’s attracted taggers, scrappers, and urban explorers. The walls are covered in crude graffiti, large pieces of metal hang from the ceiling as ceiling tiles litter the floors on every level and the smell of mold is everywhere. Police have nabbed trespassers and liens have mounted to nearly $2 million in code violations. The mayor has stated that in November 2010 that it was apparent how bad the building had gotten. The new owner, BSD of Miami Gardens, had begun planning to resurrect the building. Trustee Yaniz Nakash said the company will gut the building and then build commercial and residential units. Plans fell through though as the property was facing foreclosure in January 2015. Many years later and the building has remained vacant, continuing to fall into disrepair as the years go by.

The hospital took the spotlight on April 2, 2019, when police got a tip that a murder suspect was hiding in the abandoned hospital. Police had responded to a possible assault at an apartment in Miami Gardens when they found the mutilated body of 49-year-old Lorrice Harris on the back porch and 10-year-old Shayla Chambers in a bedroom. Both were killed by machete. 29-year-old Shanalee Chambers survived the attack and was hospitalized in critical condition. Police quickly named Harris’ husband Noel Chambers as the suspect. Family members said Harris was divorcing him which triggered the attacks. Heavily armed police searched the hospital but Chambers was nowhere to be found. The following day, firefighters spotted Chambers walking by the fire station and called the police. He was arrested and charged with two counts of first-degree murder and one count of attempted first-degree murder.

On October 19, 2020, police informed the public that a man who had broken into the property had fallen to his death. It was later revealed that the man was 21-year-old Adrian Valenzuela who had just moved from Victorville, California, to Fort. Lauderdale for work. According to three friends who were with him, Valenzuela walked away from the group to make a phone call when they heard a loud bang. Valenzuela fell down the stairwell, his phone landing on one floor, his flip-flops on another floor, and his body on another. You can read about Parkway West Regional Medical Center and many other abandoned places in my book, Lost Miami: Stories and Secrets Behind Magic City Ruins.