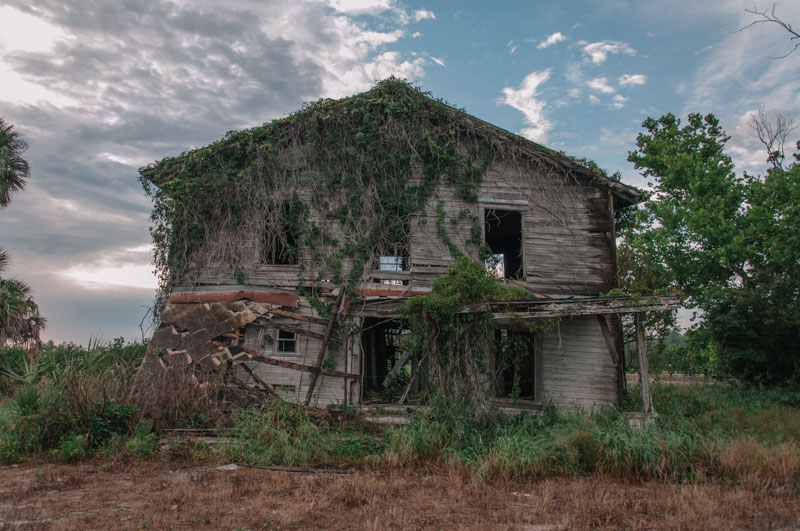 In 1914, a train station was established at this location, north of Fort Drum along the Kissimmee Valley Extension of the Florida East Coast Railroad and several miles south of what would become Jackass Crossing, home to the Desert Inn. It was given the name Osowaw, a Seminole Indian word meaning “bird”. It was a citrus town, with many orange and tangerine groves. It had a steady and growing population due to the railroad, including by 1921 it’s own public school. The end came about when the rail line was abandoned causing most residents to leave the area for better opportunities, and the town of Osowaw Junction disappeared.

According to some farmworkers I met there in 2011, the farmhouse collapsed due to strong winds as a cold front was moving through Florida, and what remained of the ghost town was subsequently cleared out by the owners of the property. Even though it’s gone, it still holds a special place in my heart as it was one of the first places I photographed when I received a beginner’s DSLR, a Nikon D40. That night is still clear in my mind as I can still feel the cold air, the spider webs of the banana spiders that clung to the walls, and the howling of the coyotes that roamed the citrus groves.