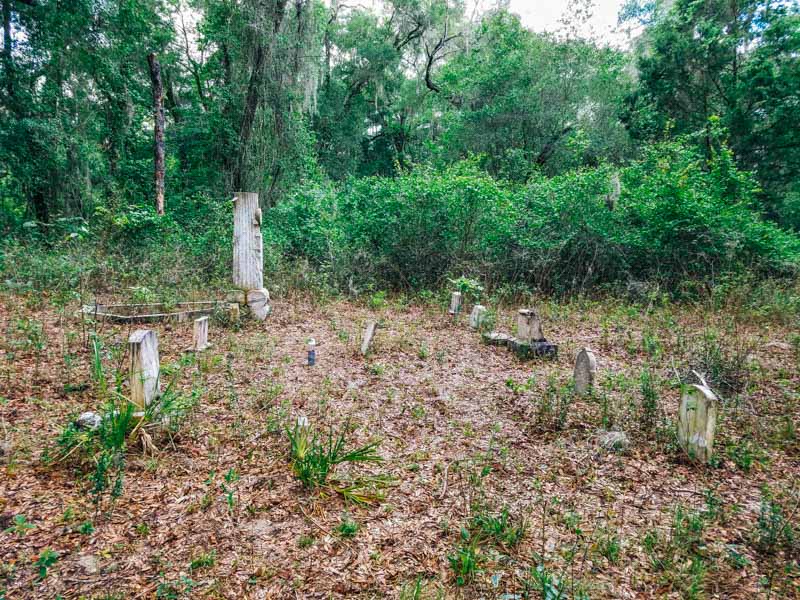 Oriole Cemetery is the third oldest cemetery in Hernando County and was once part of the town of Oriole, a small mining settlement located in what is now the Withlacoochee State Forest. The town was located alongside a lake by the same name and was 1 1/4 miles from the Withlacoohee River.

It was settled in 1884 by J.A. Clarkson Jr. and had a population was about 100 people. The original deed of the cemetery reads:

There are records indicating that the Oriole post office existed between 1884 and 1898, which is when many believe the town died out due to influenza. After the town’s demise, the Oriole Mining Company applied for permits and began mining the area around the Withlacoochee River and Croom Forest between 1912 and 1915.