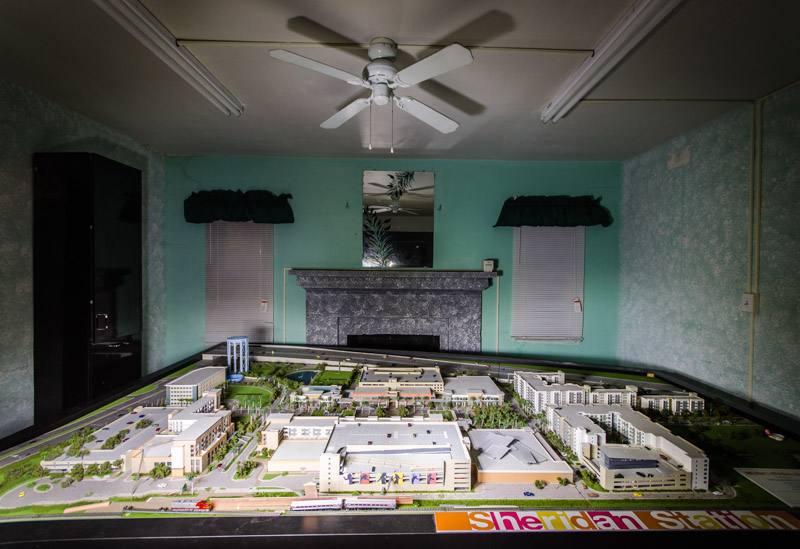 First founded in the 1950s, Okomo was home to families who lived in single and double-wide trailers. The trailers surrounded a coral rock house which was first built in the 1920s as a wooden house, before being moved, remodeled and encased in a limestone facade. Hundreds of oak trees planted over a hundred years ago created a natural canopy for the residents of the park.

The property was bought by a developer, forcing the residents to move. Demolition of the trailers began in May 2015 to make way for a luxury apartment complex. The complex will include one, two, and three bedroom apartment, a clubhouse, outdoor pool, fitness center, playground and pet areas. A 6-acre city park with a pond is also planned where the historic coral house will remain at. Working with an arborist, the oak trees will be saved as well.

Developers are saying this is Hollywood’s first, large scale luxury project in over 15 years. Construction is set to be completed by December 2016.