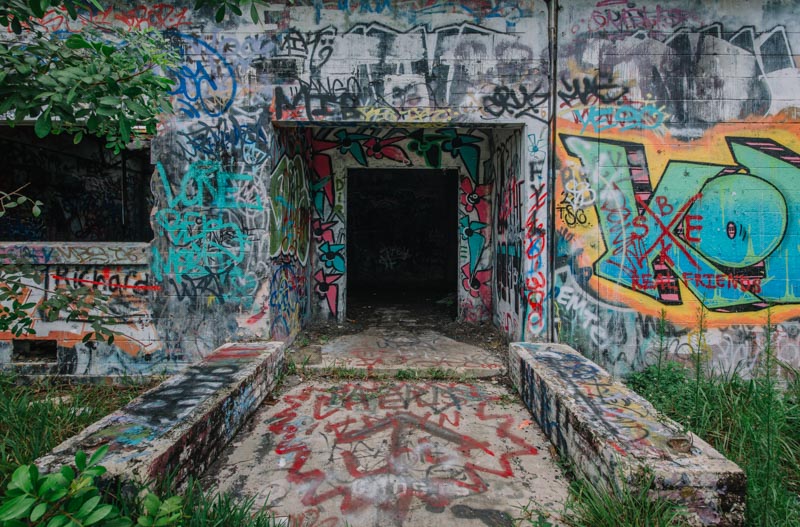 Built in 1965 by the U.S. Army in response to the Cuban Missile Crisis. This Nike site, like many others, was split into two locations. One was the Launcher area (L), where the missiles were actually located. The Launcher area was located where it is now Krome INS Facility. The other location was the radar communications and control facility (IFC), where they did targeting and fire control.

All the Nike missile sites in South Florida were decommissioned in the mid-1979 after it was decided that they offered nothing to the security of the nation.

In 1985, the IFC location was reused as a CIA Office of Communications, Regional Relay Facility, high-frequency radio transmitter site. The HF receive site & a larger Agency facility was located on the grounds of the former Naval Air Station Richmond. Both sites had signs indicating they were US Army Regional Communications Activity(NCS) stations. In conjunction with another CIA operation at the Richmond Naval Air Station, they relayed messages to other operatives in the Caribbean and S. America. The IFC site also housed a mobile command center that could be used in the event of a nuclear crisis. In 1992, due to damages sustained during Hurricane Andrew, the facility was stripped and vacated.

On May 5th, 1980, the Launcher area opened as a refugee camp to temporarily house illegal Haitian immigrants, which at the time was known as Krome Camp. A year later in May 1981, the camp was converted into a permanent detention center. Since its opening, there have been a large number of reports of mistreatment and violence, ranging from riots, murder, and suicide. Today, the Krome Detention Center is now called Krome INS Facility, where it is used to detain and remove criminals and other deportable illegal immigrants.

The IFC site was left abandoned and vandalized. Today, it’s a local urban legend to have been a secret mental asylum where ghosts, murderers still reside. Some folks claim to have seen a woman in a white gown, a past resident of the asylum, who strolls the compound asking if you can help her. Others have said that they’ve been chased out by a man in a black bandanna wielding a machete, the father who took his newborn child to abandonment and butchered him inside. A few even claim that the property was actually a secret detention center where they use to house Korean spies but you won’t find that information anywhere because it’s something “the government doesn’t want you to know about.” The site was visited frequently by graffiti artists, photographers, paintball teams, kids just looking for a scare, and on occasion, the police. There are no future plans for the site.

Demolition of the buildings began in July 2015 to make way for a series of projects to widen Krome Avenue from Okeechobee Road to Homestead. At the time, Krome Avenue was a two-lane road, one going each way. Because of this, it became known as one of the most dangerous roads in South Florida with 12 fatalities recorded the year prior. You can read about Nike Missile IFC Site HM-95 and many other abandoned places in my book, Lost Miami: Stories and Secrets Behind Magic City Ruins.