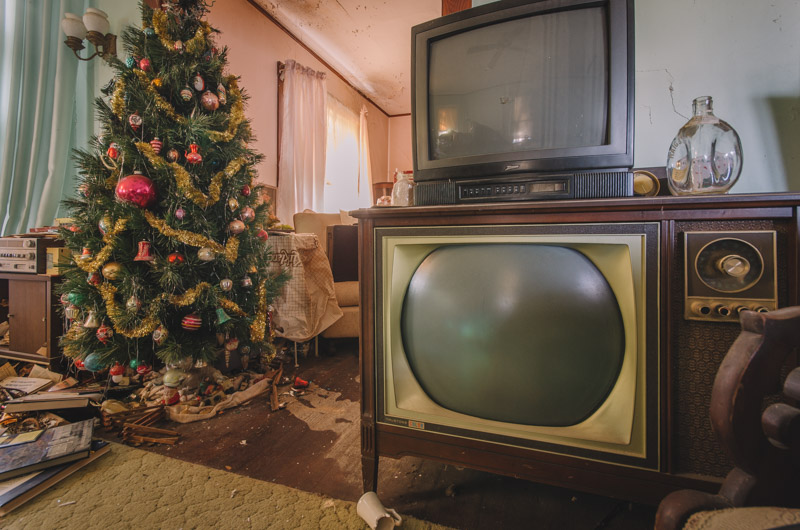 Of all the places I’ve photographed throughout the years, homes will forever be some of the more intimate sites I have documented, the Nancy house being among them. Unless the homes are attached to a historical figure such as those once owned by James Ross Mellon and William Dunn Moseley for example, it is difficult to find any information regarding the history of a house. A name here, some letters there, a shattered picture frame… clues strewn about the house like puzzle pieces that almost never fit together. The following is not a clear-cut history like my other posts, but instead, I will try to paint a picture for you to the best of my ability. Some of the names have been changed for the privacy of the living family members.

The Nancy family lived in Cottage City, Maryland and moved to Crescent City, Florida in 1930. The family consisted of Mary Heath Nancy and Paul Cameron Nancy, Lois who was the eldest of the four children, followed by Paul Cameron Jr., Frank, and Naomi.

Both Frank and Paul served in the U.S. Army during World War II. Afterward, Frank would work as a storekeeper at Georgia-Pacific, and Paul worked as an attendant at a service station for most of his life. Naomi was probably the most successful of the four, having operated the Crescent City Insurance Agency and the local Western Union office.

Not much is known about Lois but she was able to purchase this house in 1969. The house was built in 1912 along the main drag in the city. Scattered about the house were old Army jackets and medals belonging to Paul, so it’s possible the two shared this home.

The house was filled with boxes, some rooms having been filled up to the ceiling. The kitchen pantry still had food on the shelves, most of which had rotted down to an unidentifiable black sludge. Walking around the house, I noticed what looked to be a puddle of dried blood on the dining room table. In the living room though, there was a pathway made by pushing boxes, stacks of magazines, and garbage bags to the side, starting at the front door and leading into the dining room… where the puddle of dried blood was.

After Lois’ death, the home was transferred to her sister, Naomi. Nothing was done with the home in Lois’s absence. Naomi died in 2015. The house was included in her estate and was sold in 2017, wherein it was fixed up with a family currently living in it.

It’s always around this time of the year that I tend to remember walking through this house. The boxes stacked as high as the ceiling, the dark, red puddle on the dining room table, and the Christmas tree still decorated as if waiting for children to come running in the morning in search of their presents. Like a puzzle, there are too many missing pieces to have a clear picture of who lived there or what happened, but we could always imagine.