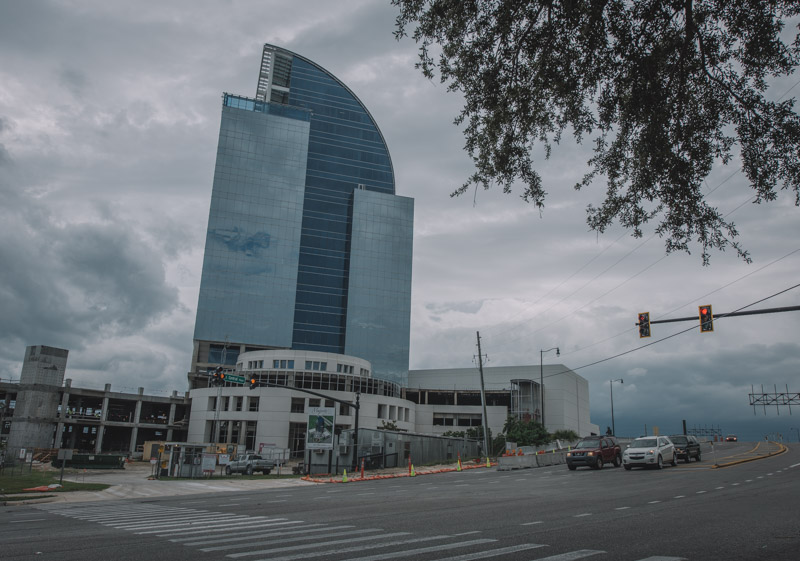 The Majesty Building is an 18-story structure located off of Interstate 4 in Altamonte Springs. Claud Bowers, president, and CEO of the independent religious TV station WACX 55 SuperChannel owns the building which is slated to hold broadcasting studios, along with office and retail space.

Construction began in February 2001 with $13 million initially. The building was planned from the start to be financed without debt, with the help of donors and partners instead. By 2019, construction for the Majesty Building has topped out over $40 million. It has been noted by quite a few sources that the building would have been cheaper and already completed if the owner had just taken out a loan compared to the taxes he’s had to pay.

The project stalled leaving the building a shell for nearly a decade, having it nicknamed the “I4 Eyesore” by the general public and spawning multiple jokes and memes which point out its long construction and thought that the building will never be completed, at least not in this lifetime. Glass windows eventually enclosed the structure, giving it the appearance we have today. During the period that construction was halted, it should be noted that the owner, Claud Bowers, purchased multiple residences including one in Longwood, Florida for $338,000, another in Montverde for $311,000, a condo in Lake County for $450,000, and a golf course in Minneola for $273,800.

Construction started up again in 2018 with the owner claiming that it would be completed within 8-12 months, which was pushed up to 18 months. Over a year later, the owner made another claim, this time the project completion date was pushed back indefinitely with no estimated date due to the construction surrounding the building involving the I4 Ultimate project.