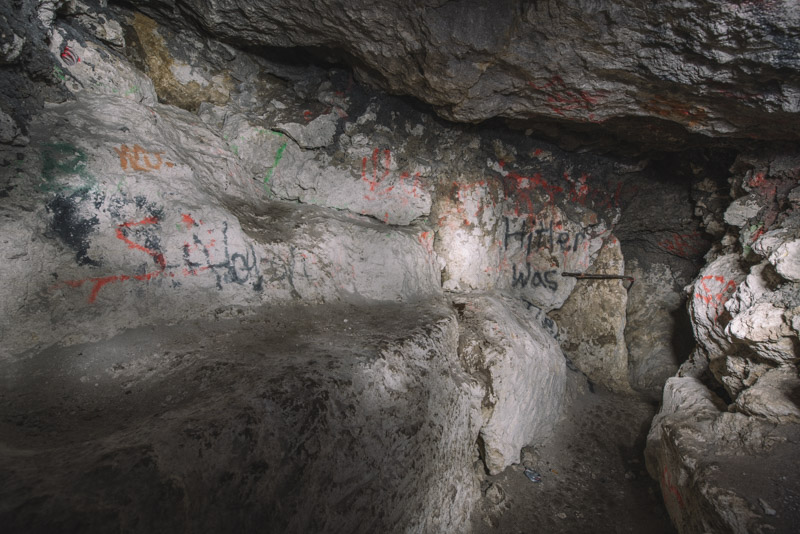 Lundy’s Cave was a show cave that was a byproduct of an attempt to search for money that was said to have been thrown into a sinkhole during a stagecoach robbery. In Florida’s earliest days, there were no planes or cars or roads for that matter, so people got around via stagecoach lines. The stagecoach lines started out as routes established by the U.S. Postal Service who relied on them to mail letters, especially further south where railroad lines were not established until after the Civil War. Eventually, the U.S. Postal Service hired private companies to operate their routes which built more comfortable horse-drawn coaches to transport both mail and passengers between communities.

The Concord Stagecoach Line was one of the earliest examples, operating between 1851 to 1882 and connecting Tampa to Palatka. The Concord was later purchased by Hubbard L. Hart, who operated steamships along the St. Johns and Ocklawaha Rivers, and was integrated into his company’s operations. Primitive unpaved roads allowed speeds of only a few miles-per-hour and crossing bodies of water meant waiting for a ferry. Trips took multiple days so passengers spent their nights at hotels or boarding houses along the way. The Concord Stagecoach Line stopped at Melendez, now known as Brooksville, and Ocala.

Stagecoach robberies were a frequent occurrence, especially following the Civil War, requiring a guard who rode alongside a stagecoach driver armed with a shotgun to ward off bandits or hostile Native Americans, which is where the term “riding shotgun” originated from. One legend tells of a stagecoach robbery occurring on the Concord Stagecoach Line near their stop in Ocala. With bandits hot on their heels, a money box was tossed from the stagecoach into a sinkhole with the intent of returning for it.

In the 1930s, Tuck Lundy purchased a plot of land and began exploring the many sinkholes in the area in search of the money. Lundy utilized tools and explosives, eventually hiring help to move the rubble. The rubble was later used to build various structures on the property built from rocks, car parts, guard rails, and concrete. After the opening of the Florida Caverns State Park in 1942, other show caves began sprouting up around the state. The public grew curious about Lundy’s operations and the caverns he had dug out so he made the decision to charge an entrance fee to view them. Lundy’s cave was known as Florida’s only show cave with a waterfall and as such, its popularity grew with hotels sprouting up around it.

When the highway system was built in the 1960s, many of the smaller tourist attractions closed down. Along with competition from the nearby Ocala Caverns, Lundy thought of a way to keep people coming back to his attraction. For a fee, you can ride an elevator into the deep, dark depths of the underground where psychic energy was strong, and your future would appear before you. In reality, the elevator was a wooden box inside a stone structure. Once the elevator doors closed, it would rock back and force on springs, while pictures of rocks moved past the window.

The show caves of Florida have all been closed except for one, the Florida Caverns State Park operated by the state. It’s unsure when Lundy’s cave closed down or if the money from the stagecoach robbery was ever found. Maybe the money never existed or maybe the money is still there in one of the deep, dark underground caverns of Florida.