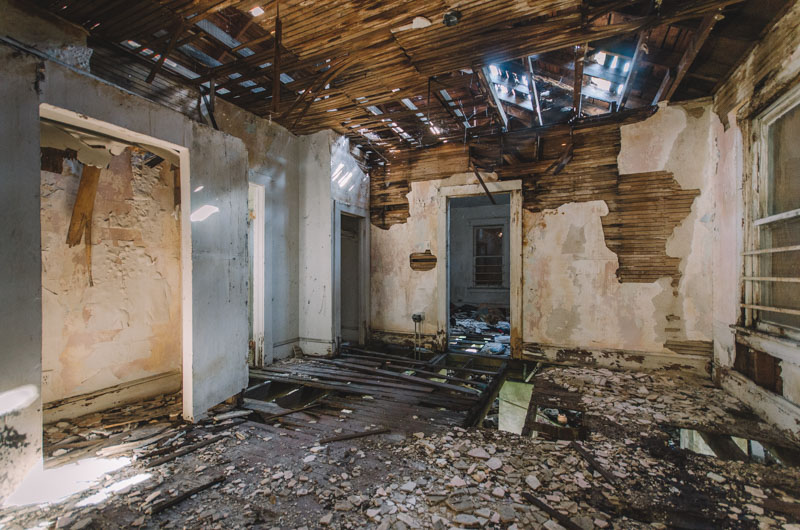 Built in 1914, this home was once located at 428 NW 4th Street in Miami and originally owned by Lula H. Hattersley. The original lot was previously owned by the Model Land Company, a subsidiary of the Florida East Coast Railway. Model Land Company was one of the many companies formed to promote and sell land the railroad had acquired.

According to the City of Miami designation report for Lummus Park:

“The rectangular, one-story building has a wood frame structural system that rests on painted concrete block piers. The exterior fabric consists of weatherboard siding, and the hipped roof is covered with composition shingles. A full-façade porch is located on the south elevation and wraps around on the west elevation. The hipped roof porch has turned post supports and features a railing with turned balusters. The building has a wood frame, double-hung sash windows with one-over-one light configurations. Architectural detailing is limited to simple window surrounds, corner boards, and exposed rafter tails under the eaves that are decoratively cut. An addition has been attached to the east side of the rear elevation. Some of the jigsaw-cut rafter tails have been replaced with plain, uncut boards.

This frame residence represents a fine example of Frame Vernacular architecture in Miami-Dade County between 1910 and 1920. It is architecturally noteworthy for its stylistic features, flared roof details, use of materials, adaptability to the area’s climate, cohesiveness within the neighborhood and straightforward functional character.”

As part of a redevelopment project, the Lula H. Hattersley House was moved to its current location within the Lummus Park Historic District and given to a nonprofit for restoration and operation as a resource center for the neighborhood. This effort failed and the home has sat empty and neglected for a number of years.