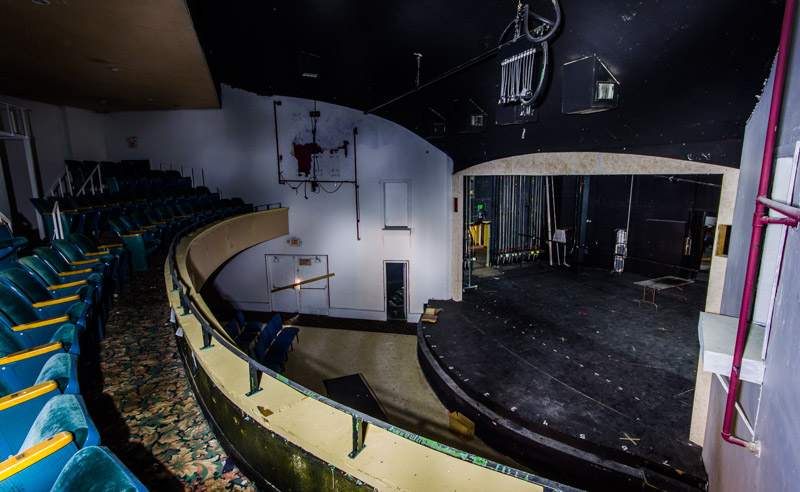 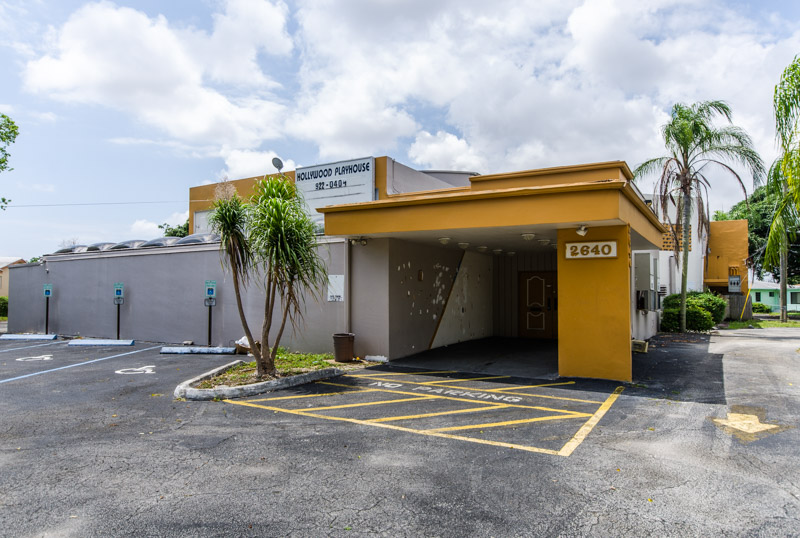 Beginning in 1933, the Little Theater of Hollywood produced plays at various locations all over Hollywood. The group disbanded during World War II, as casting during the draft was difficult. They reorganized in 1947 and in 1949, bought a plot of land from the city for $10. A “reverter clause” was put in place, to return the land back to the city, in case the tract was not used for public performances.

Delighted with their acquisition, the landmark playhouse was soon designed by architect Kenneth Spry, one of the organizers of Hollywood’s Little Theater. The 18,000-square-foot facility contained 265 seats on both the main floor and intimate balcony. The official dedication was held in January 1953, with Gloria Swanson among the honored guests. Because only the foundation was complete, they performed the season outdoors, sometimes in 45° weather; the audience on blankets and lawn chairs.

The theater was completed in 1958, and was very successful for many years before it closed.

In 2003, it was bought by Gary Posner with the intention of building about a dozen single-family homes, and in the interim, having it leased out to the theater group, until it was foreclosed and abandoned. When Posner’s housing plan fell through, the theater fell into abandonment and foreclosure, and TransCapital Bank acquired ownership.

Despite the “reverter clause”, TransCapitol Bank acquired ownership of the property. The City of Hollywood filed suit seeking to reclaim the property, but TransCapitol followed up with a countersuit claiming the restriction had made the property nearly impossible to sell and were seeking $1.2 million from the City for stifling a potential sale.

Despite residents urging them to continue fighting, the City dropped their lawsuit claiming they simply don’t have that type of money if the judge rules against them.

Today, the building is owned by Pastor Martin Vargas and his wife, who have renovated the building into a church. They have done their best in maintaining the property and its past history.