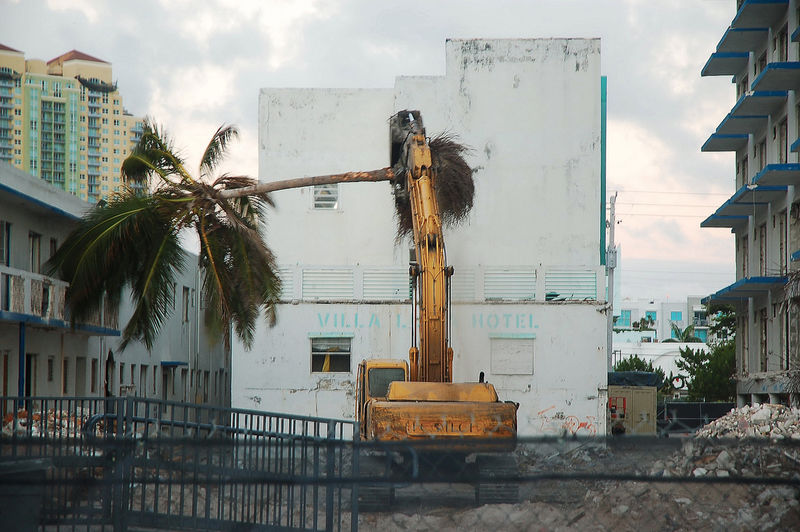 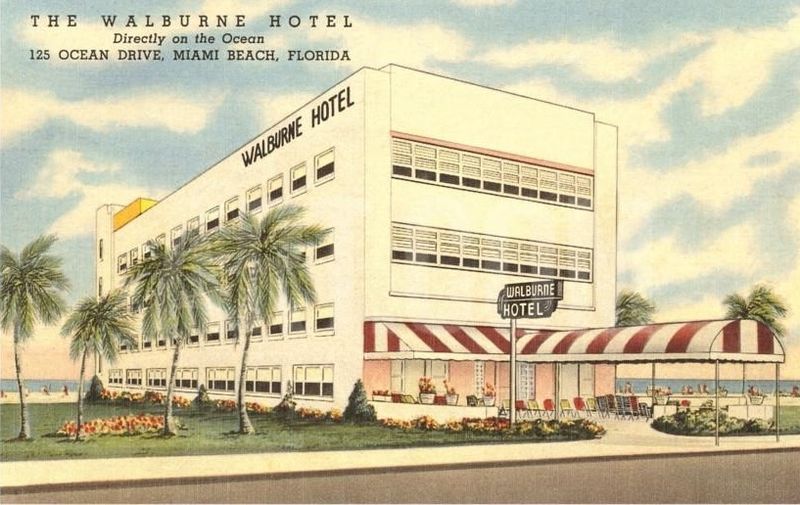 First built in 1946, the Walburne Hotel stood at 125 Ocean Drive on South Beach. The architecture was a typical example of MiMo, or Miami Modern, influenced by both Art Deco and the Streamline Modern periods.

In the early-1980s, the hotel was bought and renamed La Villa Luisa. At that time, the neighborhood, including the hotel, became very rundown and was an area with a relatively high-crime rate. The hotel was sold in 1999 and boarded up by the new developers and remained in that situation until around 2004, when a new project for the property was announced.

In 2006, La Villa Luisa and the neighboring hotel were demolished to make room for the South of Fifth, or S5 condominium project. The facade of the former Walburne Hotel was rebuilt as part of the project, being called a successful modernization of the Art Deco district by the Historic Preservation Board.

South of Fifth opened in 2009 in the height of the recession. On November 2009, out of the 32-units available for purchase, only three were sold, forcing the property to be foreclosed on as the developer, BC Villa Luisa, struggled paying back a $73 million loan to New York-based iStar Financial. In early-2011, the lender obtained a final judgement of $90.8 million and took back ownership of the property.