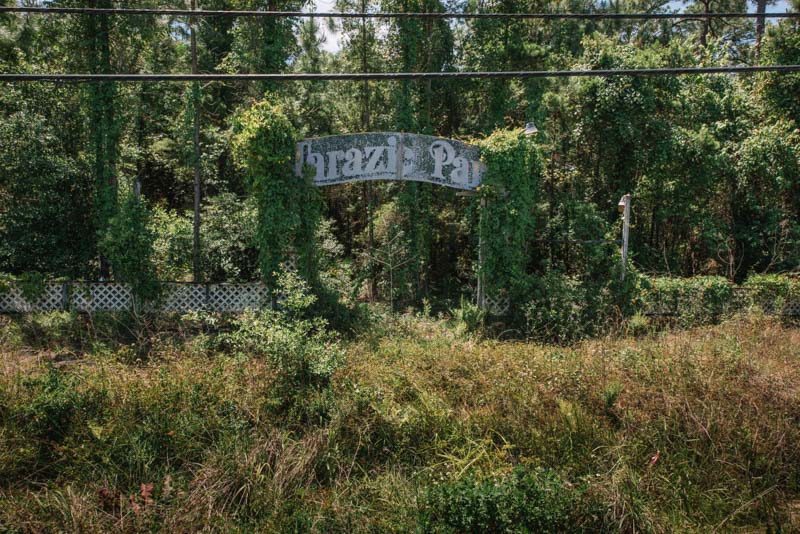 Jarazic Park was a miniature golf course and batting cage attraction operating in the 1990s. Located in Navarre just outside of Pensacola, the attraction started out as Sports Land built between 1991 and 1992 and featuring a miniature golf course, batting cages, and a rock wall. The property changed owners sometime in the mid-1990s when it was renamed to Jarazic Park, most likely piggybacking off the popularity of the 1993 film, Jurassic Park.

The attraction was mostly just a change of themes as the miniature golf course, batting cages and rock wall all remained with the addition of a few kid-friendly rides. At the time, Jarazic Park was a fairly popular spot for teenagers for its batting cages as there wasn’t much for teenagers to do in Navarre.

It closed sometime in the early-2000s and last sold in 2003. Not much remains of the old attraction as much of it was salvaged or sold away and what little of it remains, such as the miniature golf course and a handful of structures, is being reclaimed by the forest. The cracked concrete slabs which held the batting cages are overgrown with weeds. Floodlights that illuminated the attraction at night now rust in the sun and saltwater air. Homeless camps litter the property now marked by discarded luggage, soiled clothing, empty beer cans, and used bottles of lice killer. Since its closure, there have been two complaints, one in 2002 about the signs and one in 2014 about the state of the fencing. While the property is for sale, it’s safe to say that Jarazic Park will not be making a return.