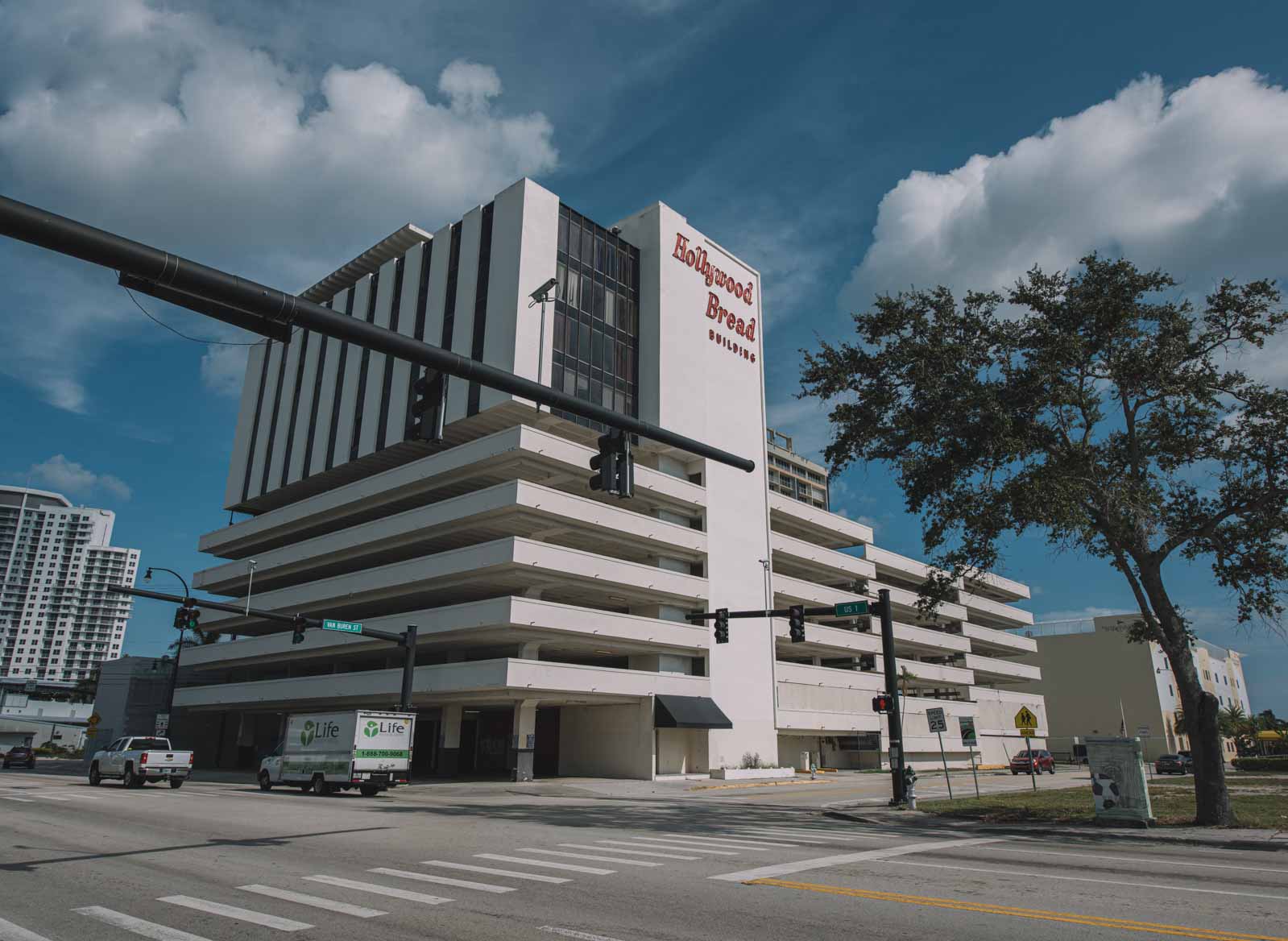 Hollywood Bread’s origin and history are debated as much of it can’t be substantiated. Its founder, Eleanor Roth, knew the power of advertising and how one can simply write their own history with enough of it. Nonetheless, it makes for a good story. Eleanor Roth was born March 5, 1906, to Leopold Maximillian Roth and Frances Marie Oberle. Born in Canton, Ohio, the family moved to Gary, Indiana before settling in South Bend. At 15-years-old she married a Notre Dame football player by the name of James “Jimmy” McQuern. Three years later, she divorced him and moved to Chicago with their daughter, Mary Jane. She then married a stockbroker by the name of James Harry Hansberry, though the marriage was not meant to last due to Harry’s alcoholism, and the couple divorced two years later. Following the divorce, she moved back to South Bend and married “advertising genius” William Donald Dunkle. She had another child, Gaye, and was prepared to spend her life with Dunkle but he made it difficult. It was said that Dunkle would turn off the lights in their apartment and refuse to pay the phone bills. If that wasn’t discouraging enough, she was also having a hard time losing weight having weighed 145 pounds, and feared at the thought of giving up her morning toast. It was then that she wondered if anyone had tried making a non-fattening type of bread.

With that idea in mind, she divorced Dunkle and went to Elam Health Foods. They had experimental ovens and tried a formula Eleanor had created which consisted of eight vegetables: parsley, celery, carrots, cabbage, cauliflower, artichoke, lettuce, and pumpkin. A smidge of seaweed was added which made up 5% of the loaf. The rest was flour, honey, skim milk, molasses, and malt; no sugar and no shortening. The final product had a good flavor and had about 30% fewer calories than the average loaf of bread. The slices were also cut thinner than average to reduce even more calories.

Now in her 30s, Harry Hansberry came back into her life and the two would remarry in 1944. After finding out about the bread, he wouldn’t invest any money into it thinking it wouldn’t succeed, but he knew someone who would. Hobe Hipwell was about to be fired from his job at a brokerage house but had $1,000 in cash on hand, which he gave to Eleanor in exchange for a 49 percent stake in her bread company. With money in hand, she traveled to Hollywood, California to sell franchises. It was here, not Hollywood, Florida, where the bread got its name. Movie stars such as Elizabeth Taylor, Joan Crawford, Jane Russell, Judy Garland, Grace Kelly, and Joan Fontaine gave Eleanor permission to place their pictures inside stars on the bread wrapper.

Selling franchises wasn’t easy but she eventually persuaded different bakeries in California, Wisconsin, Pennsylvania, and Indiana to bake Hollywood Bread. In exchange, she would receive one cent per loaf for herself and about three cents for promotion and advertising. The struggle was hard for Eleanor at this time as her income was only $25 a week. She never quit though and by the 1970s, her company would be worth over $12 million.

In 1963, the Federal Trade Commission ordered the company to cease its deceptive weight-loss claims in its advertisement. According to the FTC, Hollywood Bread didn’t have fewer calories than other brands, and instead, the fewer calories were only because the slices were thinner. Even though the company had to change its advertising, this did not hinder them in the slightest. In 1969, a syndicated article profiling Eleanor Hansberry’s life was published nationwide, including the ingredients for Hollywood Bread. Sometime in the late-1960s, she decided to move the company to her favorite vacation spot, Hollywood, Florida. She had the Hollywood Bread Building built in 1969 which became the company’s new headquarters. Here in Hollywood, she opened the Hollywood House of Beauty, offering facials and hairstyling from some of the top stylists and facial specialists in the country. She also owned the Hollywood Diet Cola company, the Hopkins-Patwell advertising agency, and the Elam Health Food company, where she first created and tested her bread recipe.

Eleanor made her home at 900 South Northlake Drive, a large residence overlooking North Lake with views of Hollywood Beach. One of her neighbors was actor and host of the annual Miss America telecast, Bert Parks, who regularly attended the many parties she held at her mansion. In 1963, four masked men broke into her home and stole ten fur pieces as well as a $12,000 diamond ring. They tied her up with drapery cords and scarves and cut the phone lines before fleeing the scene. After managing to free herself, Eleanor ran over her neighbor Thomas Wohl who called the police. At the time, Thomas Wohl was the owner and president of the Home Federal Savings and Loan Association who would later purchase the Kenilworth Lodge in Sebring. In addition to her home, she also owned a yacht named “Miss Hollywood” which was followed up with “Miss Hollywood II” and “Miss Hollywood III” which one can assume the yachts got bigger with each iteration.

Eleanor died on January 24, 1978. Her mansion was demolished and replaced with the mansion which sits there today. Hollywood Bread struggled in the coming years as sales slowly declined due to the company’s inability to diversify its product line and the changing of formula which made Hollywood bread what it was known for. The last Hollywood star to promote the brand was Ed McMahon in the early-1980s. The trademark and company were all but dead by the 1990s.

Vacant for many years, homeless people were known to camp within the Hollywood Bread Building. In 2014, the top floor caught fire causing minimal damage to the rest of the building. In 2016, a homeless man attacked two other people living in the building with a 2×4 piece of wood. Years later, a developer had planned on redeveloping the building into a multi-use property, which included apartments, retail space, office space, and nearly one thousand parking spaces. Construction never began. In 2013, MG3 Developer Group purchased the building out of foreclosure. It wasn’t until 2018 that it was announced their plan was to continue on with the previous developer’s plan, minus the office space. The changes included a mixed-use luxury apartment complex with 433 units, with demolition planned to begin in early-2020. Demolition never commenced most likely due to the COVID-19 pandemic. MG3 Developer sold the property to Fort Lauderdale-based BTI Partners in June 2021 with the demolition of the building commencing on August 13, 2021. BTI Partners plans on replacing it with an apartment building with 362 market-rate units and 16,000 square feet of retail. The iconic Hollywood Bread Building sign which was built by William Gilio Rio is planned to be preserved and used in the new development.