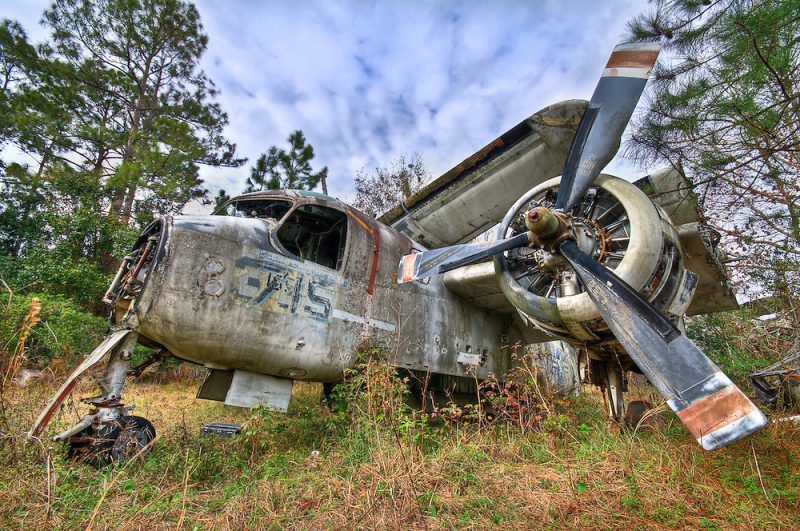 Grumman designed the aircraft to be used for anti-submarine warfare(ASW), with a large high-wing monoplane with twin Wright Cyclone radial engines with the idea to combine the roles the Avenger and Guardian were providing at the time. It would also operate off of aircraft carriers which the bigger ASW aircrafts, The Lockheed Neptune and Orion, couldn’t do.

On December 4, 1952, the first prototype, XS2F-1, took flight and the production aircraft entered service in February 1954.

S-2 Trackers were equipped with Magnetic Anomaly Detector and SONAR devices along with a powerful searchlight to sense submarines in the waters below. Torpedoes, depth charges and rockets were used for offensive purposes, including a nuclear depth bomb which was common during the time.

The Tracker, though built and equipped for such purposes, never saw any real anti-submarine combat with the U.S Navy. Built during the Cold War, it was used as a strong deterrence, which was a strategy developed during the time in which governments threaten an immense retaliation if attacked and falls under the Mutually Assured Destruction doctrine.

During the war in Vietnam, the aircraft was used extensively during the early parts of the war in patrol duty for both submarines and surface vessels. One tracker was lost during that time, the only combat-related loss during the aircraft’s life span.

The S-2 Tracker was eventually replaced for U.S. military use by the Lockheed S-3 Viking, and the last USN Tracker squadron was disestablished in 1976. The last Navy S-2 was withdrawn from service on August 29, 1976.

Known as the “airplane graveyard”, the trackers located on this one-acre lot near the St. Augustine airport, were placed there for storage. Chesapeake Airways, the Maryland-based company that owns the property, salvaged the airplanes and sold the hard-to-find aircraft parts around the world. In May 2011, the property was put up for sale and the airplanes were demolished.