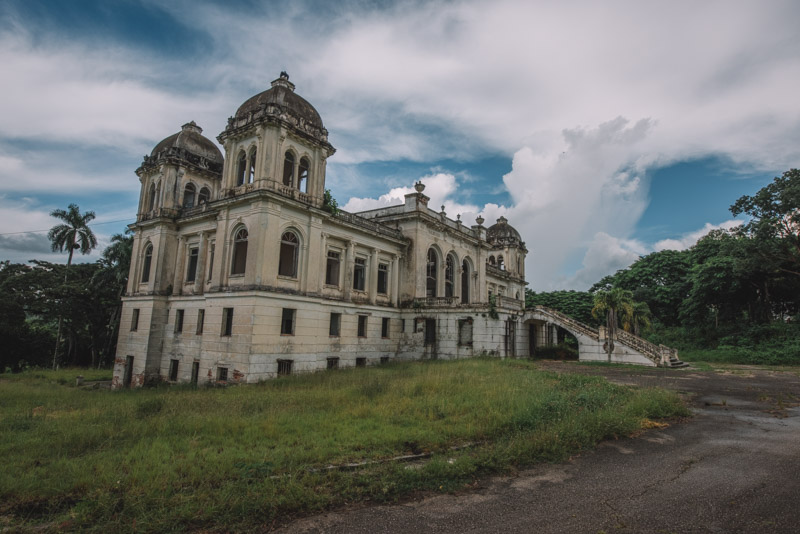 By 1906, Manuel Abril Ochoa became ill in the digestive tract and traveled to San Miguel de los Baños seeking help. He recovered by bathing and drinking the area’s sulfur water which has long been thought to have natural health benefits even here in the United States. After his recovery, Ochoa took interest in settling in the town and purchased land, drawing up plans for a health spa. Under the guidance of engineer Alfredo Colley who took part in the construction of the Monte Carlo Spa in Italy, the Gran Hotel Balneario San Miguel de los Baños was completed in 1929 and opened in 1930. The resort featured three floors of private bedrooms, a restaurant, a cafeteria, a ballroom, offices, and a general shop along with a sprawling outdoor garden.

At the time of its opening, the resort was the only hydromineral and climatherapeutic station in Cuba and Latin America. On various occasions, Ochoa received recognition from governments and various national institutions such as the Award for Citizen Improvement, awarded to him by the International Rotary Club on December 13, 1953. The resort was visited by large numbers of Cuban and foreign tourists, such as Che Guevera who was treated for his asthma here in 1961.

On January 16, 1962, the property was ceded to the Revolutionary Government and continued operating under the Ministry of Industry Cubano. The resort would close for some time but would reopen again to the public on June 30, 1979, after a much-needed renovation. Today, it remains closed once again and in need of extensive repairs, in part due to locals scavenging what they could from the property after the fall of the Soviet Union in 1991. Locals still frequent the property to gather water that still flows in the sulfur springs.