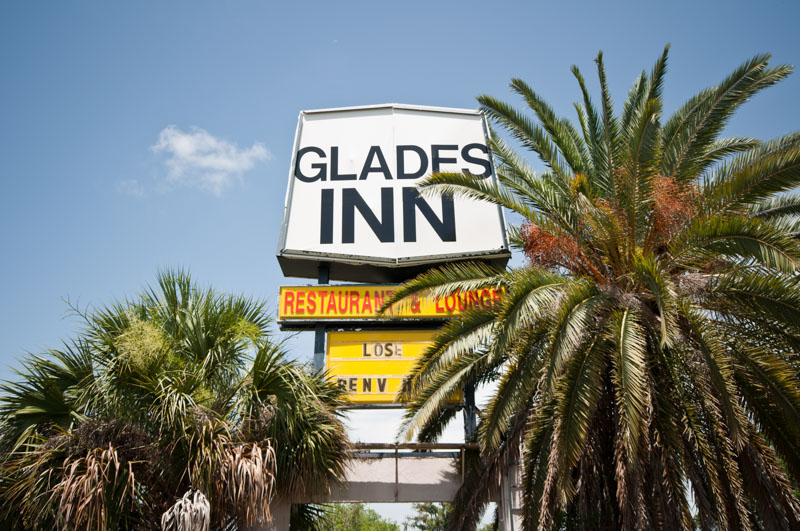 The Glades Inn was built in 1988 and was really nothing special about it, just your typical motel located at the end of town. It closed down in 2006.

In 2015, the county took control of the property and later put it up for sale a year later. Looking for buyers, they limited the property’s use to a motel/hotel, restaurant, offices, or a grocery store.

Soon after a buyer was found and the sale was nearly finalized, a fire broke out which destroyed the building. According to reports, the Sheriff’s Office was notified of a fire April 10, 2016 at 5:25pm that a fire was spotted at the Glades Inn. Firefighters arrived and the fire was put out in less than two hours.

Later the next morning, the Sheriff’s Office was notified again at 2:00am that another fire had broken out at the Glades Inn motel. Once firefighters got there, the entire north side was engulfed in flames which eventually spread throughout the entire building. Considered a total loss, the building was demolished later that year. 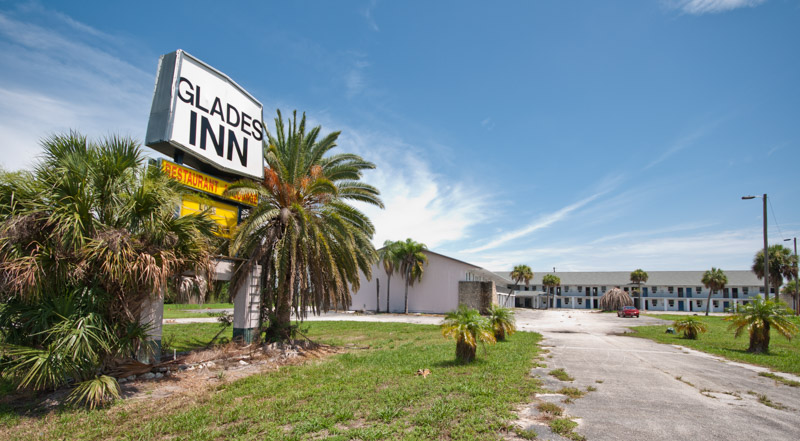