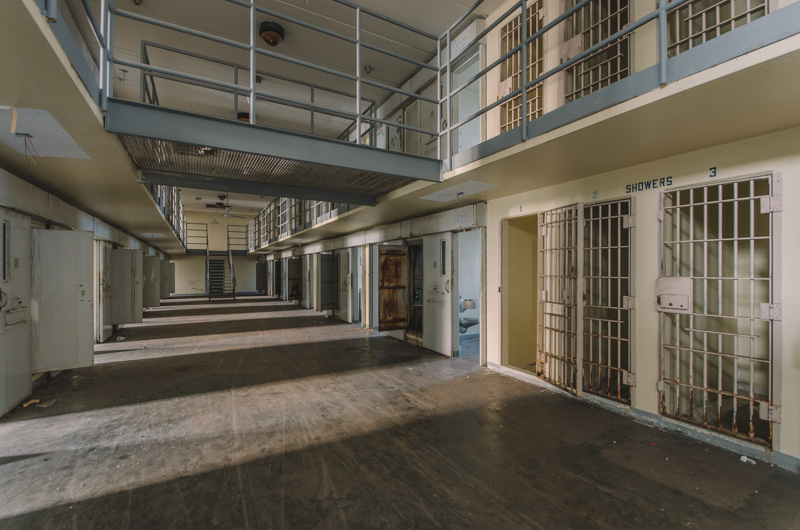 On January 2, 1995, Florida had its largest prison break in 15 years. Six inmates escaped from Glades Correctional Institution via a tunnel they dug beneath the chapel which was under construction at the time. The tunnel was 8 feet deep, two feet wide, and 25 yards long. A correctional officer noticed some of the inmates as they were making their getaway and fired two gunshots. None of the inmates were believed hit by gunfire. One inmate, Felix Carbonell, was apprehended almost immediately outside the prison fence. The remaining escapees were Hector Rivas, 32; Juan Fleitas, 30; Jesus Martinez, 47; Florencio Alvarez, 39; and Armando Junco, 62. All were serving life sentences with 25-year-mandatories.

A tip from two citizens to a Florida Highway Patrol station led to the recapture of Alvarez and the death of Junco, who was shot by a Miami police officer during the recapture that included the Florida Department of Law Enforcement, the FBI, Miami PD, and Metro-Dade police. Rivas was caught next, 10 days after the escape, by a patrol officer who spotted him walking in Little Havana. Martinez was caught the next day, also in Little Havana, when he made the mistake of walking in front of a patrol car and was recognized. Fleitas remained on the loose until August 3, 1997, when he was shot by Mexican police during a botched robbery. When the photo made the local newspaper, a tipster recognized him from America’s Most Wanted and called the FBI.

As a result of these escapes, the Florida Department of Corrections received additional security equipment which included improving or purchasing electronic detection systems for all major institutions, fencing and razor wire, radios, and perimeter vehicles. In addition to the equipment upgrades, over 860 personnel were hired including 180 which focused on the areas of inmate movement, emergency response, searches, and confinement escort.

Glades Correctional was the state’s second-oldest prison and due to its age, it cost more to operate than other prisons; $64 per prisoner compared to the state’s cheapest prison, Okeechobee Correctional Institution, at less than $38 per prisoner per day. Due to this, it was not included in a plan to privatize the prisons in the state of Florida and was shut down in 2011, leaving over 300 people in the area jobless.

In 2014, the vacant facility and surrounding property were purchased by a private local group which included former Belle Glade Mayor Tom Altman. There have been multiple ideas and plans for the site which included giving the property for free to the Atlanta Braves for a new spring training facility. Altman has stated many times that whatever does happen with the property, that he wants it to serve the town and surrounding areas in a positive and impactful way.

On August 9, 2017, the church on the property was severely damaged due to a fire. Surveillance cameras on the property captured three males and two females running from the property at the time of the fire. On the evening of July 8, 2020, the church suffered major damages due to yet another fire that destroyed much of the building. The property is under the surveillance of the Palm Beach County Sheriff’s Office with sheriff’s office deputies making multiple visits to the old facility in regards to trespassers and vandals.

After years of abandonment, it was announced that Apopka-based design-builder FINFROCK would be expanding into Belle Glade with a 140,000-square foot manufacturing facility on the site of the Glades Correctional Institution. The new facility is expected to generate 200-plus concrete manufacturing, trucking, drafting, electrical repair, construction, and office administration jobs over the next 10 years. Those jobs are expected to pay in the $30,000 to $40,000 range, well above the area’s median household income of just under $26,000. This is considered a huge win for a city with a long history of economic difficulty where 41 percent of the city’s residents live below the poverty line. Construction is expected to begin sometime in 2021.