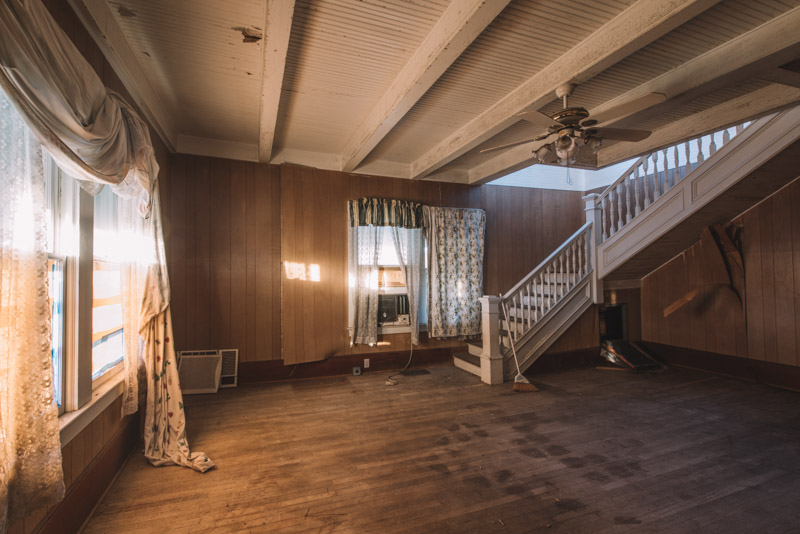 George Moody came to Florida from Baxley, Georgia in 1904 to join his brother Issac I. Moody Jr. in the turpentine business. He resided in Indian Springs in Volusia County before moving to Flagler County where the Bunnell Development Company was established by his brother along with two other businessmen. It was here in Bunnell that George Moody built one of the first homes in the city.

In 1913, he applied to homestead 169 acres of land with one mile of ocean frontage extended out towards the marshlands in what would become known as Ocean City, the precursor to Flagler Beach. George Moody was responsible for the first homes in the city and for the construction of the Ocean Beach Casino in 1916.

George Moody was named president of the Ocean City Improvement Company in 1921. According to the Flagler County Historical Society, the company’s charter called for it to “develop Ocean City Beach by building streets and sidewalks, cottage and other dwellings (and) hotel; to install light and water plants, construct parks, causeways, lakes and other things for the beautification of one of the finest townsites along the east coast of Florida.”

When Ocean City became Flagler Beach in 1925, Moody was elected mayor of the city. He was also a member of the first Flagler County Commission, having been appointed to the post in 1917 by Governor Sidney J. Catts, and held that office until 1921. He would serve four additional terms on the County Commission up until 1943. George Moody died on Oct. 23, 1967, and is buried in Espanola Cemetery in Espanola, Florida.