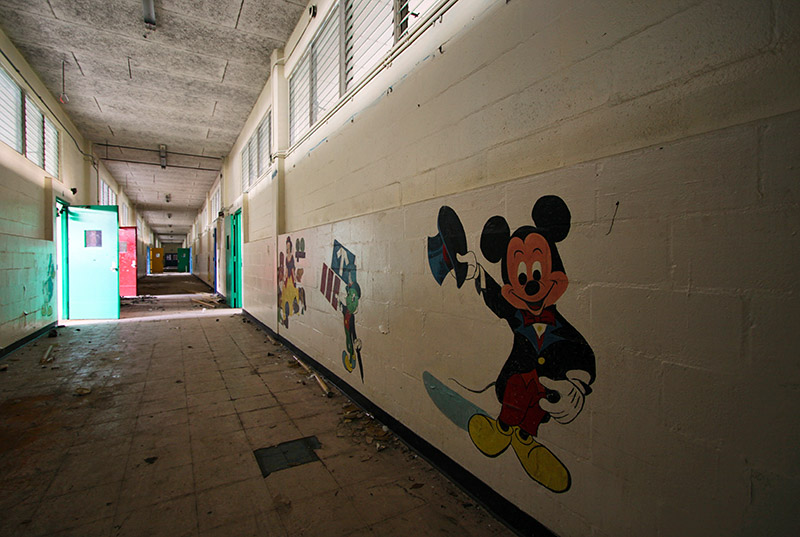 Forest Park Elementary School was constructed in 1954 located at the corner of Forest and Goodwin Streets in Mixon Town, Jacksonville. The school was one of many segregated schools in Jacksonville built under the “separate but equal” doctrine established in 1896.

In May 1954, The U.S. Supreme Court issued its decision on Brown v. Board of Education declaring that all laws establishing segregated schools to be unconstitutional, and it called for the desegregation of all schools throughout the nation. In a follow-up case a year later, the Supreme Court issued an ambiguous order that school districts should integrate with “all deliberate speed.” Almost six years before any steps were taken to integrate the Duval County schools. On December 6, 1960, a case commenced under the name Braxton v. The Board of Public Instruction of Duval County. The plaintiffs alleged that the Duval County school system was segregated despite the Supreme Court’s ruling with the defendants, the School Board and Superintendant, admitting that they were indeed operating a bi-racial school system. On August 21, 1962, District Judge Bryan Simpson ordered the School Board to submit to the Court “a complete plan for the removal of dual attendance zones for the system-wide opening of all schools on a non-racial basis.” The School Board filed a plan to the Court on October 30, 1962, which was approved.

By January 1967, Judge Simpson found that the School Board was failing on desegregating the school system and cited that the School Board was “either incapable or unwilling to”. He tasked the United States Department of Health, Education and Welfare, South Florida Desegregation Center, located at the University of Miami to formulate a plan to end racial discrimination in the Duval County schools. Under the new plan, seven segregated schools were to be closed in 1972. Four of these schools were located in high-crime areas and were deemed unsafe. Another, the Henry Klutho designed East Jacksonville Elementary, was deemed unsuitable for educational purposes. Although Forest Park Elementary School was large and relatively new compared to the others, it was noted that the school was “surrounded by a City incinerator on the East, a polluted creek on the North, and a meat and poultry (abattoir) company on the West. This has caused a serious problem with regard to stench and sewage backing up in the school plant.”

From 1910 until the 1960s, The City of Jacksonville operated a municipal solid waste incinerator facility on Forest Street located just to the East of the school. The City disposed of combustion ash, clinker, and ash residues on the incinerator properties and ash spread to some of the surrounding areas and McCoys Creek. As mentioned earlier, the creek and surrounding area were already known to be polluted and remedial investigations wouldn’t begin until the 1990s. The EPA’s investigation found ash deposits in the ground soil typically less than 2 feet thick but was as thick as 10 feet deep in some areas. The deepest ash deposits were located adjacent to McCoy Creek. While the Forest Street Incinerator Site covered approximately 10.5 acres, the total area impacted by the ash was approximately 27 to 29 acres.

Following the investigation’s findings, a fence was installed to restrict access to the most highly contaminated areas of the Forest Street Incinerator Site. The City covered exposed ash with gravel, sod, and compost to reduce contact with soil contamination. Residents demanded the closure of schools located in contaminated areas and in 2005, Forest Park Head Start School and Mary McLeod Bethune Elementary School were closed down.

The EPA began short-term cleanup in 2006. This included digging up ash-contaminated soil and placing two feet of clean soil to construct an animal care and control facility. Long-term cleanup, estimated at more than $190 million, began in 2009 beginning with the demolition of the Forest Park Head Start School. According to the EPA, the cleanup was 90% complete as of 2019 and expects remediation to be completed by 2022. At that time, a sale of the property where the former elementary school once stood was approved for the construction of a new school to be built. The new charter school, Jacksonville Classical Academy, opened for the 2020 school year.