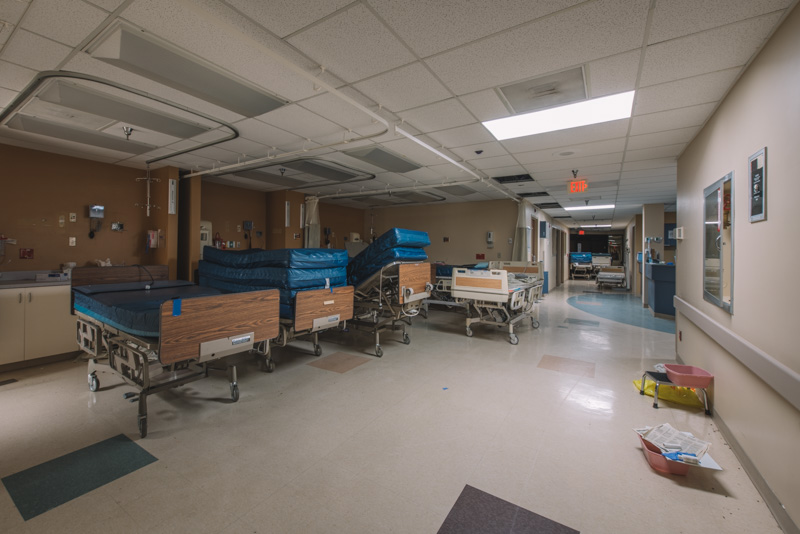 Florida Hospital Oceanside was a hospital that served the city of Ormond Beach. The hospital specialized in rehabilitation services and also ensured a No Wait Emergency Department which meant patients would be immediately seen by the nursing staff.

In early-2017, the administrator of Florida Hospital Oceanside, Howard Perch, was arrested and charged with obtaining a controlled substance by fraud, trafficking between 14 to 28 grams of hydrocodone and concealing information to obtain a prescription of a controlled substance. The arrest came after a lengthy investigation that began in July 2014. He was never convicted though and how the case was resolved is unknown since his court records were sealed.

Later that same year in September 2017, Hurricane Irma made landfall in the mainland of the United States causing $52.1 billion in damages. Florida Hospital Oceanside sustained wind and water damage and one of the exterior walls was compromised.

This time though, the damages were too great and too costly, and the best viable option was to raze the facility. The initial plan was to demolish the building and replace it with a physical rehab center, pharmacy, and doctors’ offices. Instead, a majority of the lot was put up for sale before the building was even torn down.

An environmentally conscientious plan was developed to keep make sure recyclable items stay out of landfills, for example, concrete without rebar could be recycled and copper piping could be resold. In January 2019, after serving the area for 18 years, Florida Hospital Oceanside was demolished.