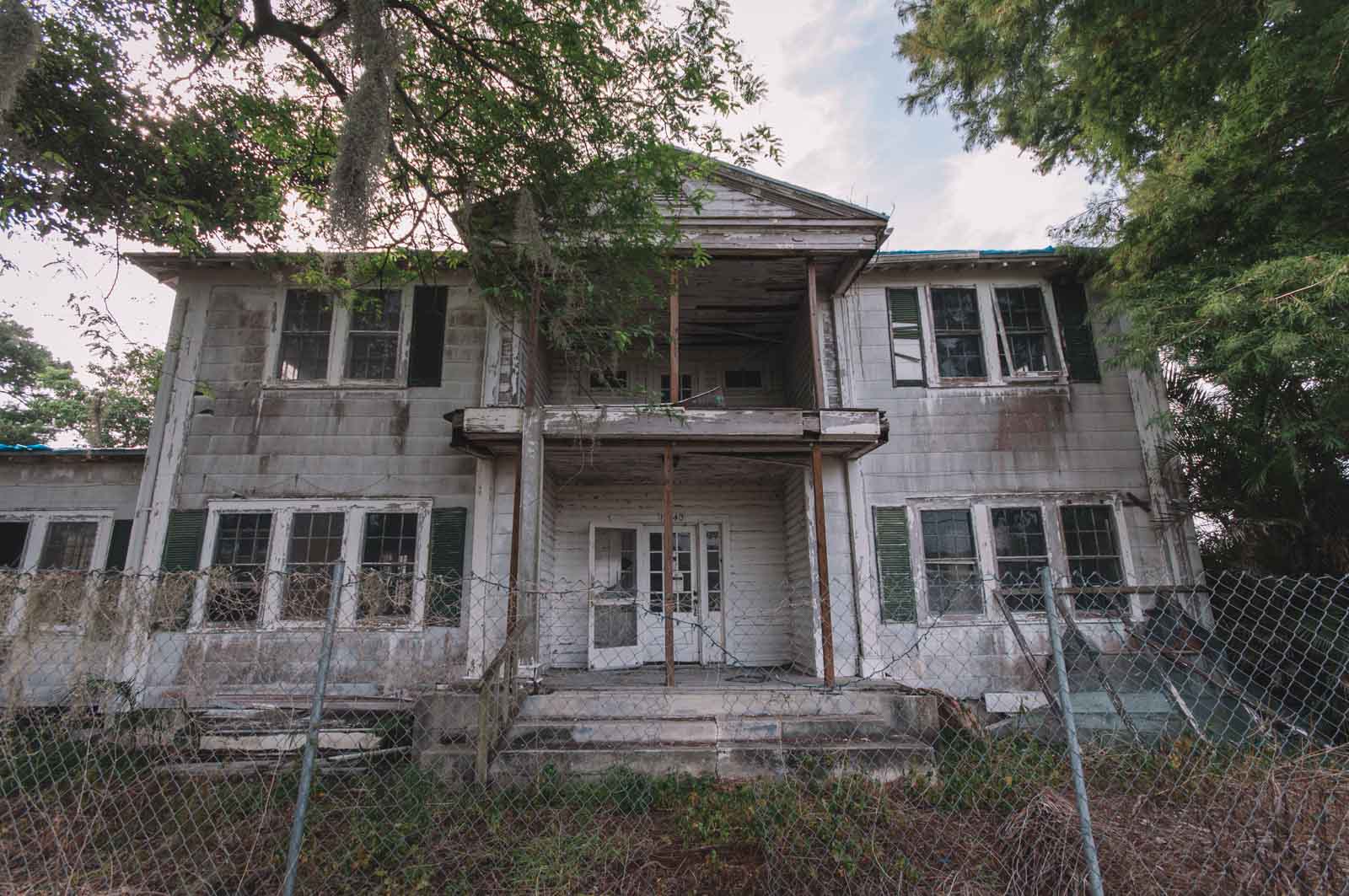 In the late-1800s, Hamilton Disston embarked on a large-scale project to drain the Everglades, using the reclaimed land for agricultural purposes. He partially succeeded, having reclaimed much of the land where St. Cloud and Kissimmee are located, and had begun the development of those two cities. Disston also operated a sugar plantation on the south side of East Lake Tohopekaliga that for a time, was highly successful. Following Dr. Harvey W. Wiley’s recommendation who was head of the United States Department of Agriculture’s chemistry division, Disston ordered his drainage company to begin digging a canal on Lake Okeechobee’s south shore and made plans to establish a sugar plantation there. This area would be where Frederick Bryant would later establish his own sugar plantation. Disston’s plans were abandoned after diggings were made south through the Everglades for twelve miles as the rock proved denser than what his engineers had expected. Although the project ultimately failed, he proved that only that draining the wetlands was possible, but that growing sugar on this land was profitable and highly successful.

Governor William Sherman Jennings had an idea to drain and develop the Everglades by cutting the natural rock dams in the rivers of South Florida. Former sheriff of Duval County House representative Napoleon Bonaparte Broward was of this belief, promoting draining the Everglades during his 1904 campaign for Governor. He called the future of South Florida the “Empire of the Everglades”. Soon after his successful election, he began work to “drain that abominable pestilence-ridden swamp”, and pushed the Florida legislature to form a group of commissioners to oversee reclamation of flooded lands. In 1907, they established the Everglades Drainage District and began to study how to build the most effective canals, and how to fund them. With the construction of canals, newly reclaimed Everglades land was promoted throughout the United States.

Among Lake Worth’s first settlers were Samuel and Fannie James, an African American couple and ex-slaves, who settled on the shores of the Lake Worth Lagoon in 1885. Under the Homestead Act in 1885, the couple put a claim on their land and received a receipt for their claim on February 1, 1887. Over time, their holdings totaled approximately 667 acres of land, most of which were sold off in 10 and 20 acres parcels to new residents and investors. The couple also operated the Jewell Post Office out of their dry goods store to serve the few residents located along the banks of the Lake Worth Lagoon. After Henry Flagler extended his rail line south from West Palm Beach to Miami in 1896, a land development scheme was created to establish a town between the railroad and the lake. After Samuel’s death in 1909, Fannie sold her holdings to the Palm Beach Farms Company.

Frederick Edward Bryant emigrated from England in 1894 to study American agricultural methods in New Mexico before establishing a dairy farm in Colorado with his brother, Harold J. Bryant. After visiting South Florida in 1908, F.E. Bryant became interested in the development of the Everglades and formed the Palm Beach Farms Company with his brother and William Greenwood. Through their company, they purchased thousands of acres of the Everglades in 1909 and a large tract of coastal land in 1910. They established Bryant & Greenwood in Chicago and marketed the land throughout the U.S. and Canada, claiming within eight weeks of arrival, a farmer could be making a living. They sold five-acre farm tracts for $250 each, $10 down and $10 per month, with a 25×25-foot free lot included on the shores of Lake Worth. These claims though were misleading. For many purchasers, it took two months to clear the land with some burning off the sawgrass or other vegetation, only to learn that the peat continued to burn. Animals and tractors used for plowing got mired in the muck and were useless. When the muck dried, it turned into a fine black powder and created dust storms. The land purchased was abandoned with purchasers settling on the free lots they were given in what would become the city of Lake Worth.

With the shortage of sugar during World War I, Bryant decided to try his hand at farming the wetlands that he and his company had advertised. He lobbied the U.S. Department of Agriculture to build an experimental sugarcane field station at Canal Point in 1920. Bryant and his partner G.T. Anderson formed the Florida Sugar and Food Products Company in 1921 and built the county’s first sugar mill just southeast of Canal Point. The sugar plantation was named “Azucar”, the Spanish word for sugar. Bryant provided his workers, primarily African-Americans, with decent housing and recreation areas, believing their comfort made for better workers. After the Julius Rosenwald Fund contributed to building a school on-site, Bryant installed plants from around the world on the school grounds to encourage interest in geography and horticulture.

After floods destroyed his crops in 1922 and 1924, Bryant merged his operations with the Southern Sugar Company. The company never overcame its drainage problems and was struggling financially until industrialist and businessman Charles Stewart Mott, co-founder of General Motors, purchased the Southern Sugar Company to form the United States Sugar Corporation in 1931. Bryant served as the superintendent of the Eastern Division of U.S. Sugar, and as a company vice president until his death in 1946. With the help of experts in cane growing and production from Louisiana, Cuba, and the West Indies, U.S. Sugar was able to develop different varieties of sugarcane suitable for Florida.

Bryant built a two-story house in 1934 in Canal Point which became known as the “Bryant House”. His wife and daughters weren’t fond of living there and enjoyed the social scene in West Palm Beach, so they moved out. The house was kept as a guest house for family members and visiting guests of U.S. Sugar.

Bryant died on December 6, 1946, at the age of 72. He left a profound legacy and was regarded as the ‘Father of the Sugar Industry’. After his death, U.S. Sugar renamed the company town of Azucar to “Bryant” in his honor and placed a memorial plaque at the site. The plaque read, “Mr. Bryant established Azucar and began the development of sugar production in the Everglades.” U.S. Sugar opened the “Bryant Sugar House” mill in 1962. At that time, it was the largest sugarcane processing plant in the world. The Bryant mill closed in 2007. The mill’s operations were consolidated to the company’s modernized Clewiston mill and refinery.

Jeanne McFadden moved into the Bryant House sometime in the 1950s with her husband, and they were supposedly the third owners of the property. A two-story apartment with an attached garage was built behind the house. Some of the older residents of the area referred to it as the “honeymoon cottage” because of the number of young newlywed couples who began married life there. During the 1980s, the garage was converted to another rental space. McFadden passed away on October 11, 2009, in Miami at the age of 99. By then, the home was in disrepair due to damages it sustained during Hurricane Wilma in 2005. In 2011, the property was taken over by the U.S. Department of Agriculture in 2011 and was demolished on June 27, 2016. Both the town of Bryant and the Bryant Sugar House were demolished in 2008.