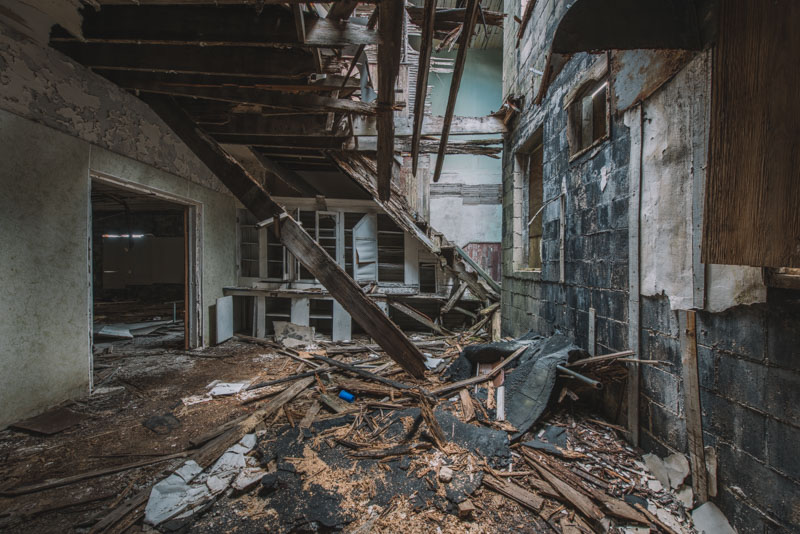 Evans Rendezvous was a well-known African-American nightclub located in American Beach. American Beach was founded in 1935 by Florida’s first black millionaire, Abraham Lincoln Lewis, and his Afro-American Life Insurance Company. The plan was for his employees to have a place to vacation and own homes for their families by the shore. Throughout the 1930s, 1940s, and 1950s, summers at American Beach were busy with families, churches and children. It was a place where African Americans could enjoy “Recreation and Relaxation Without Humiliation”. The beach included hotels, restaurants, bathhouses, and nightclubs as well as homes and other businesses.

In 1964, American Beach was hit hard by Hurricane Dora, and many homes and buildings were destroyed. The passage of the Civil Rights Act that same year desegregated the beaches of Florida, and American Beach became a less and less popular vacation destination as more African American Jacksonvillians turned to locations nearer their homes.

A.L. Lewis’ great-granddaughter MaVynee Betsch, known to locals as the Beach Lady, returned to American Beach in 1977 to fight for its preservation. For years she planted trees along Lewis street, offered historical tours of the beach, and fought to raise public awareness of the beach and its struggle. She wanted to make American Beach a monument to black Americans’ determination to overcome the obstacles of the Jim Crow era.

American Beach is listed as a historic site by the National Register of Historic Places. The Trust for Public Land acquired Evans Rendezvous in 2004. There were plans in 2008 to renovate the building into a museum which included a 2,200-square-foot multi-purpose room that can be used for gatherings, such as seminars or family reunions, and a 1,000-square-foot oceanside open pavilion with sloped grass to the side that could serve as a seating area for concerts.

An early design also included a snack bar, outside dining area, a park, and a gift shop. Parking for about 35 vehicles would be across the street from the club. The plans also included a memorial to “Beach Lady” MaVynee Betsch, who passed away in September 2005. She is buried at Memorial Cemetery, one of the cemeteries along Moncrief Road. Although no work has been done to the building, there are still plans to make it happen. You can read about Evans Rendezvous and many other abandoned places in my books, Abandoned Jacksonville: Remnants of the River City and Abandoned Jacksonville: Ruins of the First Coast.