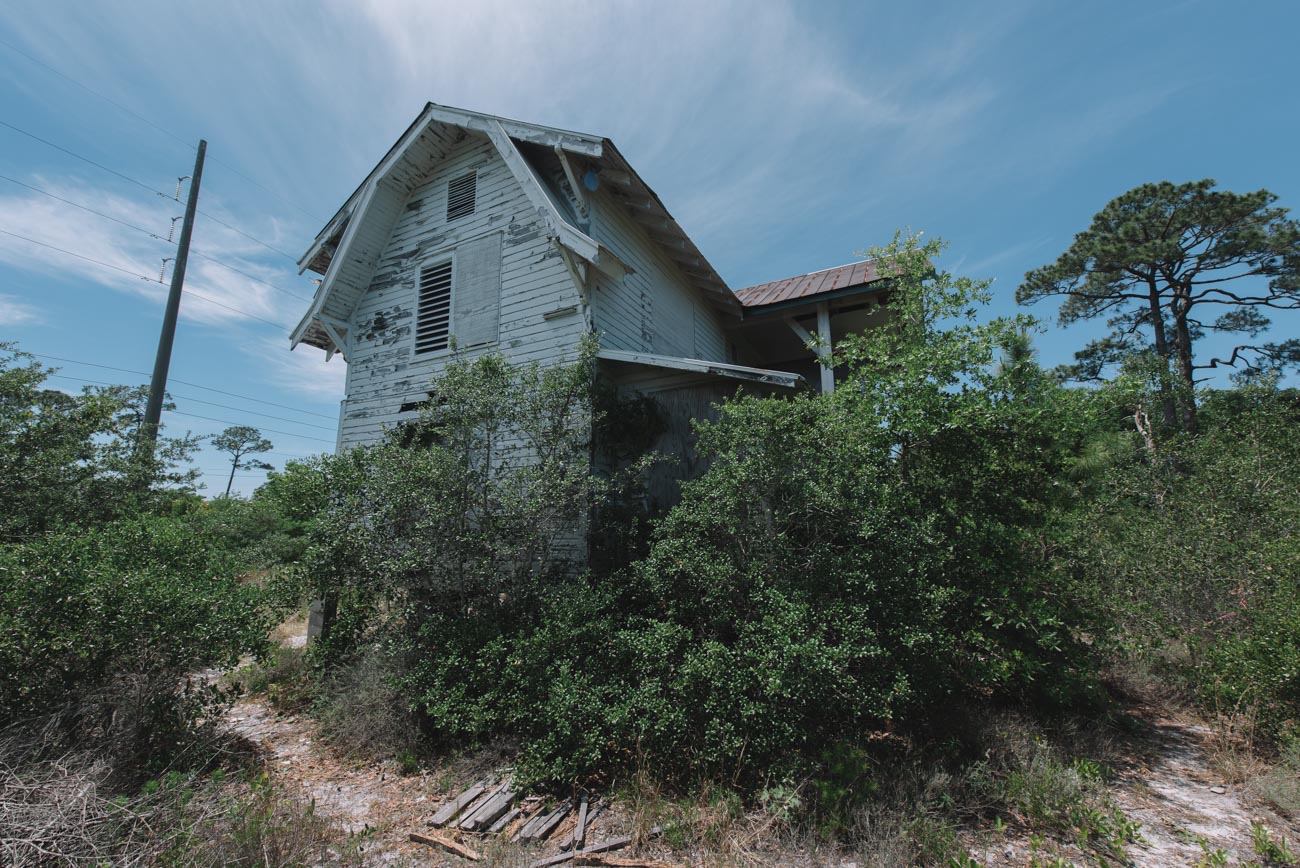 As described on the historic marker outside Dr. Beal’s former residence and shell museum, Dr. James Hartley Beal was an influential pharmacist, chemist, lawyer, educator, and scientist. He was born on September 23, 1861, in New Philadelphia, Ohio. He was educated in public schools and graduated from Scio College in Ohio, the University of Michigan, and the Cincinnati Law School. After graduating from law school in 1886, he married Fannie Snyder Young of Uhrichsville, Ohio, and had three children, one of whom died after just six days of being born. His son, Dr. George Denton Beal, would become an assistant director of the Mellon Institute in Pittsburgh, Pennsylvania in 1921. This was a position he held until 1951 when he was promoted to research director.

In 1889, Dr. James Beal organized the Scio College of Pharmacy, now known as the University of Pittsburgh School of Pharmacy, and was its dean until his move down to Florida. From 1902 and 1904, he represented Harrison County in the Ohio House of Representatives and published the Beal Local Option Law. He was also acting president of Scio College, professor of theory and practice of pharmacy at the Pittsburg College of Pharmacy, and editor of the Midland Druggist of Columbus, Ohio. From 1904 to 1905, Beal was president of the American Pharmacists Association.

He published Chemical and Pharmaceutical Arithmetic, Prescription Practice and General Dispensing, Pharmaceutical Interrogations, and The Era Course in Pharmacy, among others. Beal was awarded the first Remington Honor Medal in 1919 for distinguished service to American pharmacy and is the highest recognition given in the profession of pharmacy in the United States. He served as chairman of the board of trustees of the U. S. Pharmacopeia from 1910 to 1940. The Beal Award was named in his honor, first given in 2000 for distinguished volunteer service to the U. S. Pharmacopeia.

Despite having such a busy life, Dr. Beal began a lifelong obsession with collecting land and marine shells when he purchased his first specimen in 1888 while on a trip to Key West. In 1928, Beal and his family moved down to Fort Walton Beach, then known as Camp Walton, and purchased this house located at present-day 2 Miracle Strip Parkway. The building housed Dr. Beal’s office as well as his extensive collection of shells.

A giant clam shell from Dr. Beal’s collection was put on display at the Tower Beach souvenir shop. It measured two feet across and weighed ninety-one pounds. It was such an oddity that it made the June 11, 1939 edition of the Pensacola News Journal. The article explained the shell came from the bottom of the Gulf of Mexico and that many pearl divers had lost their feet by going too close to these giant clams. Pearl divers carried knives specifically for the purpose of cutting their own foot off in the event that their foot ever came in contact with a giant clam.

By 1940, his collection had grown to be one of the largest collections in the world. His friend, Birdsey Lucious Maltbie, made a donation to Rollins College in Winter Park for the construction of a fire-proof building to house the nearly two million shell collection. Maltbie was founder and chairman of the Malbtie Chemical Company of Newark, New Jersey, and former president of the American Pharmaceutical Manufacturer’s Association. He was also one of the first mayors of Altamonte Springs where he maintained a winter home for 37 years before permanently residing there during the last few years of his life.

The building became known as the Beal-Maltbie Shell Museum or Rollins Shell Museum. It was designed by architect Harold Hair and constructed by H. C. Cone for the sum of $9,864. Beal’s collection was moved from Fort Walton to Winter Park and remained on display there until 1988. It was donated to the Florida State Museum at Gainesville, now the Florida Museum of Natural History, by Rollins College where it has been catalogued and integrated into their mollusk research collection. The Beal-Maltbie building now houses Rollins College’s Department of Environmental Studies.

Prior to 1930, John William Brooks saw the future possibilities of the island. He built a walkway across from the sound to the gulf and operated a ferry boat service to the island. He obtained a franchise to build cottages on the island and subsequently the Island Amusement Company, started by Thomas Everett Brooks and Dr. James H. Beal, began development around 1930. Shortly before his death, Beal was interviewed for the Pensacola News Journal and recalled that when he first mentioned establishing a pleasure resort on the beaches of the area, someone said, “Let the damn fool Yankee spend his money.“

Thomas Brooks leased 15 miles of gulf front land from the federal government which was later reduced to about two miles, leaving Brooks with the land just west of where the Gulfarium Marine Adventure Park is today. At first, a pier was built on the gulf side and two wooden towers were erected on U.S. 98 to attract visitors. These towers were destroyed by a hurricane in 1936 but the development retained the name “Tower Beach”. A casino and pavilion-dance hall was built alongside the initial ten cottages, which were later expanded to include about 60 cottages due to the success of the park.

On March 7, 1942, a large fire destroyed a 110-room bathhouse, a cafe, four concession buildings, and the casino. None of the cottages were destroyed but the intense heat from the flames damaged the roofs of many of them. Much of the destruction was due in part to Pensacola’s refusal to send their fire brigade beyond the city’s limits. Eglin Air Force Base was able to send several pieces of equipment and men to the scene but by the time they arrived, the flames were out of control. Thomas Brooks estimated the damage between $25,000 and $30,000. Although the buildings were rebuilt, the business struggled throughout World War II as it grew difficult to acquire food, beverages, and other supplies.

In 1944, the Tower Beach Corporation was formed and shares were sold to finance an expansion program. In the early 50s, the corporation built a new recreation casino known as the Tower Beach Pavilion with lounges upstairs and several concession stands downstairs. Around 1955, the Tower Beach Motel was built and operated until 1972 when it was acquired by Holiday Inn. The pavilion was converted into the main lobby of the Holiday Inn until it was demolished to make way for larger, more modern accommodations.

Dr. James H. Beal died on September 20, 1945, and his family continued living in the house in Fort Walton Beach up until the 1960s. After an extensive renovation, the house was converted into the Summerhouse Restaurant and operated between 1988 and 1992. It was purchased and reopened in 1995 but closed again in 2004. Slated for demolition, Alan Laird, owner of the AJ’s restaurants around Fort Walton Beach, purchased the building in 2005 and had it moved via barge from its original location to its current location at Wynnehaven Beach. He later erected a historical marker out front with a short history about Dr. Beal and his extensive shell collection.

Peggy Rice, the great-granddaughter of Dr. James Hartley Beal, operates the Magnolia Grill in Fort Walton Beach along with her husband and local historian, Tom Rice. In 1999, the two spent about $50,000 to move a historic house, which they claim is nearly identical to the original style of Dr. Beal’s Shell Museum, about 500 feet from a next-door lot before converting it to the Magnolia Grill. The initial plan was to renovate and reopen Dr. Beal’s former residence as a restaurant but unlike the Magnolia Grill, it has sat abandoned ever since it was relocated.