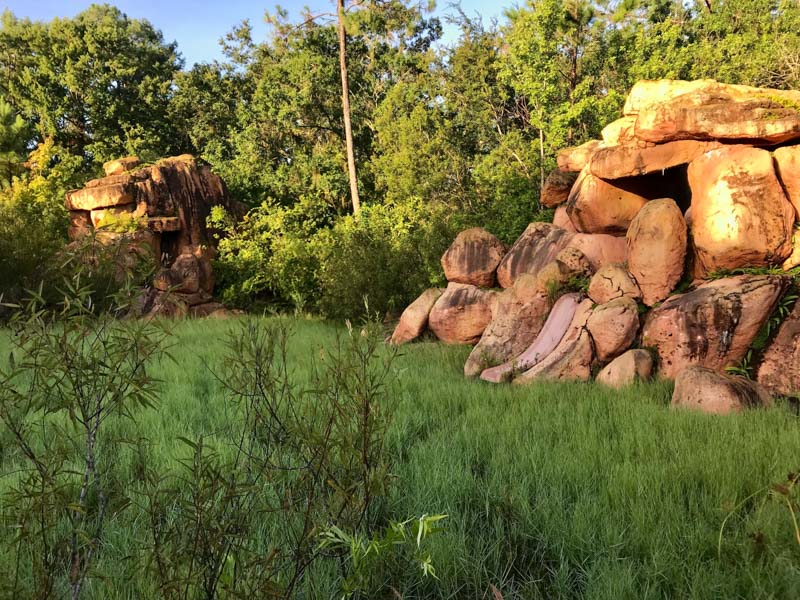 Opening on June 20, 1976, River Country was the first water park built by the Walt Disney Company. Located on the shore of Bay Lake, the park featured a rustic wilderness theme that went along with the adjacent Fort Wilderness Campgrounds and Discovery Island.

Compared to Disney’s other water parks, Typhoon Lagoon and Blizzard Beach, River Country was the smallest but was more known for its unique design. The park used a filtering system that pumped water from the lake into the water slides which emptied into Bay Cove, the park’s main swimming hole. The park was separated from the lake by a bladder, a rubber wall which was inflated a bit higher from the surface of Bay Lake so any excess water can fall back into the lake. Bay Cove was also sand bottomed so it featured smaller attractions such as a tire swing and a cable ride.

The park closed in September 2001, at the end of the season as it usually did. In 2002, it didn’t reopen with rumors circulating that it was undergoing renovations. The rumors continued until on January 20, 2005, The Walt Disney Company officially announced that the park would remain closed permanently. Since then, there hasn’t been an official statement as to why it closed with many speculating the causes.

One rumor was that Disney simply made a business decision to close it. Following the 9/11 terrorist attacks, Disney began cutting costs where they can which included cutting workers’ hours, the halting of construction on the Pop Century Resort, and parks opening later and closing earlier. It’s not a stretch to think that River Country was among one of the things on the budget to be cut.

Another rumor was that it closed down due to rare but deadly disease, amoebic meningoencephalitis, caused by an amoeba which lived Florida’s fresh-water lakes. In 1980, a child died while swimming at River Country. The amoeba entered his nose, traveled through his naval passage and attacked the nervous system. This occurred regardless of the fact that the water in Bay Cove was filtered and monitored by Disney so they would know if there was something in the water that shouldn’t be there. There were no other deaths from amoebic meningoencephalitis linked to River Country.

Whatever the reason, it closed and it’s remained closed. Along with Discovery Island and a few others, Disney decided the best thing to do with it is to let it rot. That was until May 2018, when Disney announced that construction would begin next year on a new resort following the demolition of the old water park. River Country was demolished in April 2019 to make way for Reflections – A Disney Lakeside Lodge, their new
new nature-inspired, mixed-use resort.