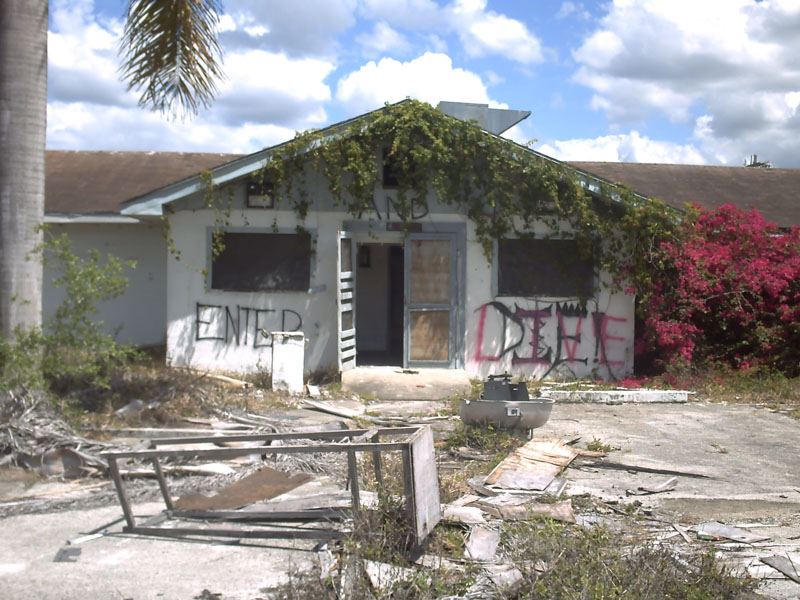 Back in the 1900s, the area now known as Deep Lake was acquired by Walter Langford and John Roach, with plans to develop the land into a grapefruit enterprise. Over 200 acres were cleared of pine trees and planted with a variety of marsh seedless grapefruit trees. Due to a lack of infrastructure in Southwest Florida at the time, a railroad tram system was built in 1913, with a gas-powered railroad car built from a Ford engine and flatbeds to transport their crop output. The line eventually extended to Everglades City and by 1915, 17,000 boxes of grapefruit were brought to market.

In 1922, Barron G. Collier purchased the grapefruit grove and the Deep Lake Railroad, as well as other lands in the area to grow his business, later called Deep Lake Grove and Cannery. He then purchased additional land south of Deep Lake for the purpose of expanding his railroad. Completed in 1928, he sold the Deep Lake Grove Railway to the Atlantic Coastal Railway. The railroad line would later become State Road 29.

Due to labor costs, lower profits and the death of Barron G. Collier, his business closed in 1940. The land where the Deep Lake Cannery was built was deeded to the state of Florida in 1952 by Barron Collier Jr. and his wife. It was to be used for any purpose the state seemed fit, or by any use the State Road Department required, but under the condition that if the state ever stopped using the property, the land would be returned to the owners.

Copeland Road Prison aka Deep Lake Prison was built at a cost of $85,000 and opened in 1952, just across from where the grapefruit groves were located at. A “maximum Security” prison camp and nicknamed “Alcatraz of the Everglades”, convicts considered too dangerous for ordinary camps were sent here. As many as 60 prisoners were kept there at a time and watched over by 14 personnel, which includes guards.

Prisoners worked at repairing the roads and highways throughout Collier County under guards armed with 12-gauge double-barreled “Long Tom” shotguns. One barrel was loaded with small shot, for wounding any escaping prisoners and the other barrel was loaded with buckshot, for killing a prisoner if necessary. Since many of the prisoners were “lifers or long-termers, it wasn’t strange for some of them to become desperate and attempt to escape. One example is Louis Duprey, sentenced to three years for auto theft and burglary was shot dead as he slipped away from a work gang.

In 1957, a 7-hour riot broke out involving 26 prisoners. The men refused to leave the mess hall after breakfast and announced they would not do their customary work picking up trash and pulling weeds along Tamiami Trail because they had been denied a regular 15-minute rest break the previous day. The convicts reportedly burned mattresses and damaged prison property before being driven into their barracks using tear gas. Shortly after the rioting ended, the camp became an honor camp, where only convicts who show promise of rehabilitation are sent to and good conduct is rewarded with shorter sentences. Prisoners were no longer watched by men armed with guns and the dormitory which they slept in, had tv and radio.

Due to its age and cost associated with it being so remote, the Department of Corrections decided to close the prison in 2002. After it’s closure, because of its remote location, it became a great spot for people to use it as a paintball field. In 2008, a fence was installed across the front of the prison to keep people out, though it hardly stopped them.

Despite what can be found on local paintball forums, the property was NOT bought by FEMA but by Altair, who provide training solutions for military specialized teams. Now a training site, the Deep Lake Training Facility includes housing, WiFi, Satellite TV, gun ranges, kitchens and more. The solitary confinement cells were kept and are used for SERE training.