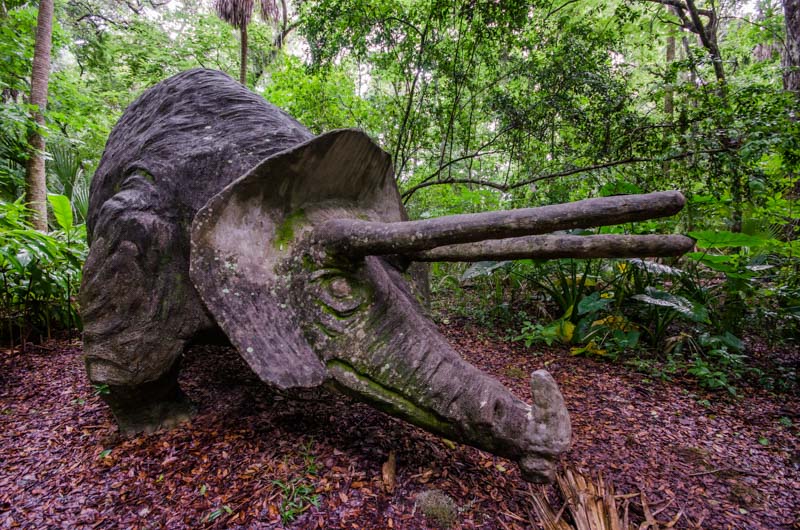 In 1804, Patrick Dean arrived in the Port Orange area from the Bahamas and established a plantation to grow cotton, rice, and sugar cane which were cultivated by slaves. He was apparently killed by a renegade Indian during the first Indian War in 1818.

The Dunlawton Sugar Mill was established in 1832 on 995 acres previously owned by Patrick Dean. A broker sold the old dean plantation to Sarah Anderson and her two sons, George and James. The name Dunlawton was derived from her maiden name, Dunn, and the land dealer’s name, Lawton. The mill was operated by slave labor until the fall of 1835.

The Second Seminole Indian war started in December 1835 with skirmishes at Fort King and New Smyrna, and the Dade Massacre at the Battle of Dunlawton in 1836, the Mosquito Roarers, a company of Florida militia under Major Benjamin Putnam, engaged a large band of Seminoles pillaging the Dunlawton Plantation. Heavy fighting ensued, but the militiamen were unable to disperse the Indians. The conflict continued pushing the Seminoles farther south, with the war finally ending in 1842.

Statehood came in 1845 and shortly afterwards settlers started to arrive in the area. John Marshall, a planter from Louisiana, bought the Dunlawton plantation in 1847. However, after a few years, Dunlawton failed, once again, because of the marketing of sugar, the high cost of slaves, and the Civil War. The Dunlawton Mill fell into disrepair and only the kettles were used for salt production near the end of the Civil War.

Throughout the years after it’s subsequent abandonment, many attempts were made to operate the Dunlawton Plantation ruins as a tourist attraction.

Perry Sperber MD, a dermatologist and allergist long before those were even recognized as medical sub-specialties was known to be a “quack” due to his radical therapies, such as “dermabrasion” and other therapies. Later in his life he became a deacon at the First Baptist Church in Daytona Beach. In 1970, he wrote and book called “Sex and the Dinosaur”, which mostly describes current animals and how they could be related to dinosaurs.

Back in 1948, Dr. Sperber leased out the property from J. Saxon Lloyd for a theme park with a replica Seminole village, a miniature train that took visitors around the park and “prehistoric monsters” made by Dr. “Manny” Lawrence which were constructed out of chicken wire and concrete to the best of his ability.

The park was called Bongoland, named after a large baboon housed on the premises. The park operated until 1952 due to “lack of public interest”.

Today, the plantation ruins is now part of a botanical gardens called Dunlawton Sugar Mill Gardens. Five of the dinosaurs still exist today including a triceratops, a stegosaurus and a tyrannosaurus rex. Though they are now protected as part of Florida’s heritage, their paint long gone, their bodies darkened with grime, mold, and covered in moss and spider webs.