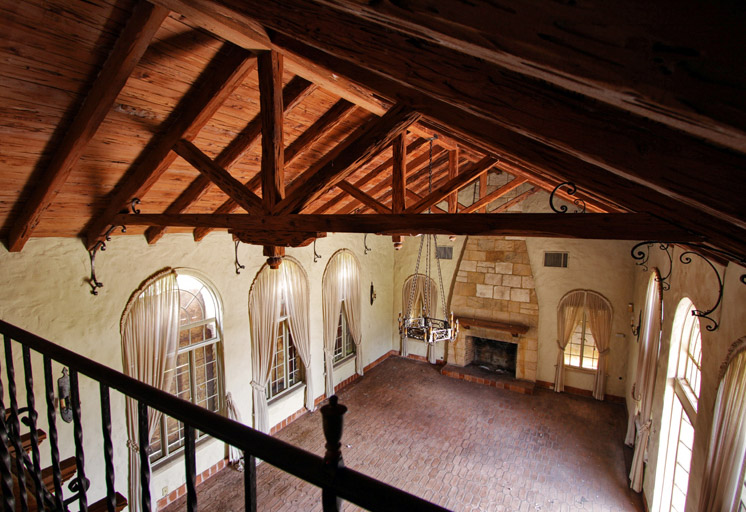 Commonly referred to as the Bin Laden Mansion for its connection to Osama bin Laden, the mastermind behind the September 11th attacks on the World Trade Center, this historic home was built in 1928 by William Pratt, the chemist who helped invent Jello, and was previously owned by the president of Tupperware. Situated along the shores of Johns Lake in the town of Oakland, the large gated estate features a five-bedroom and seven-bathroom mansion, and a four-bedroom, two-and-a-half-bathroom in-laws house.

Khalil bin Laden, one of Osama bin Laden’s 54 siblings, bought the property for his wife as a wedding gift in December 1980 through his Florida company, Desert Bear, for $1.6 million. The mansion would be known as “Desert Bear” during the time. Soon after the 9/11 terrorist attacks, Khalil bin Laden, along with many other of his relatives, left the United States on a chartered flight accompanied by bodyguards and associates. Khalil bin Laden had suspicious connections to the Tri-Border frontier region of Brazil, which is known for evidence of terrorism. Adding to the suspicions were his inquiries to informant Bonnie Sharrit about bringing in Arabs from Saudi Arabia and Brazil to attend a Florida flight school. According to federal officials though, Khalil bin Laden was not involved in the terrorist attacks in any form and left the country for the safety of his and his family.

The house laid vacant thereafter, attracting many vandals who caused damage to the home which included a safe thrown down a stairway and bullet holes in the walls. In February 2006, the property was sold to Aleem Hussain, the majority holder of PYC Development IV, for $4,043,800. Less than a year later, he was charged with running a $9 million real-estate scam and in 2007, was sentenced to seven years in prison. The house was foreclosed upon and was then bought by Johns Lake Investment Group for $1,725,800.

Around November 2012, a man by the name of John LeClair made a lease-purchase agreement on the property with Johns Lake Investment Group. LeClair lived in the back house with nothing but a leather couch, a glass coffee table, a flatscreen television, and a computer, while the main house was planned to be rented out for weddings. Instead, LeClair abandoned the property after taking deposits for nuptials. Circuit Judge Donald Myers ordered LeClair to make restitution of $37,000 for “deceptive and unfair” business practices. According to those involved, LeClair had either hidden or sold off all of his assets, and those he had stolen from never received their deposits back.

The was purchased by Gary and Dana English in 2014 for $2 million. In order to pay off debt as well as having money to renovate the home, the Englishs planned on selling 11.3 acres of their 17-acre property to a development firm. The buyer, Alabama-based LIV Development Inc., proposed building a 242-unit luxury apartment complex. The residents of Deer Island, an affluent neighborhood between the highway and the lake, opposed the proposal as it was incompatible with the character of the town. They also cited traffic concerns for S.R. 50, an often-congested, six-lane commuter route into Orlando, and possibly harming their property values. City commissioners rejected the proposal in a 4-1 vote. Owing to more than $2.1 million for the property, Gary and Dana English filed for bankruptcy, and the property was foreclosed upon in July 2019. It was recently resold to Virginia-based real estate and development firm Cornerstone Group Development LLC for $7.7 million. The future of the home is uncertain.