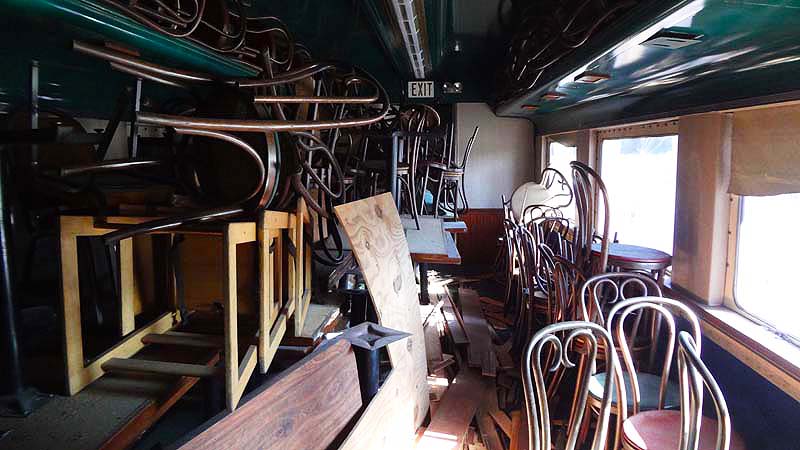 Built in 1974, it initially opened as the Econo Lodge Busch Gardens Tampa, located at 1701 E Busch Blvd. Toonas Sports Grill opened on the property in 2001, a sports bar built inside of a renovated railroad depot. The motel changed ownership in 2012 and reopened as the Best Economy Inn.

The reviews were mostly negative since it first opened, describing one of the seediest and disgusting motels. Here are some of my favorites:

Tom R.
Port Saint Lucie, Florida
October 3, 2013
Checked inn and checked right out ! Went into the room roaches scattering everywhere,the room was filthy.The bedding was stained and looked like it was just used. just dirt everywhere no way were we staying there.Went to the desk was told no other rooms were available so we checked right out of that dump ! very bad neighborhood also ! We did not even stay and paid cash and could not get a refund. SAVE YOURSELVES!!!!!!!!!!!!!! DON’T STAY HERE!!!!!!!!!!!!!

pascalinette25
Montbeliard, France
July 5, 2011
When we reached the hotel, we were hesitant but eventually went ahead. After a short time in the room, we couldn’t believe the room odor! Given the state of the household, we lifted the bed sheets and MY GOD! It’s unacceptable and disgusting! Here are some pictures. We have been to the USA twice and we have never seen anything so disgusting! The hotel was paid for several weeks but we left anyways.

The motel closed in 2013. In regards to its closure, Mayor Bob Buckhorn said, “I would point out that the owners of that hotel are a classic case. They were allowing people to live in a dump, in substandard, inhumane conditions to make money.”

Not much is known about Toonas. It was voted one of the best sports bars in the city by citysearch.com in 2001 and was described as “Not your typical sports bar, this musty, old railroad depot reeks of it’s past.” Toonas closed down in 2013 at the same time the Best Economy Inn did.