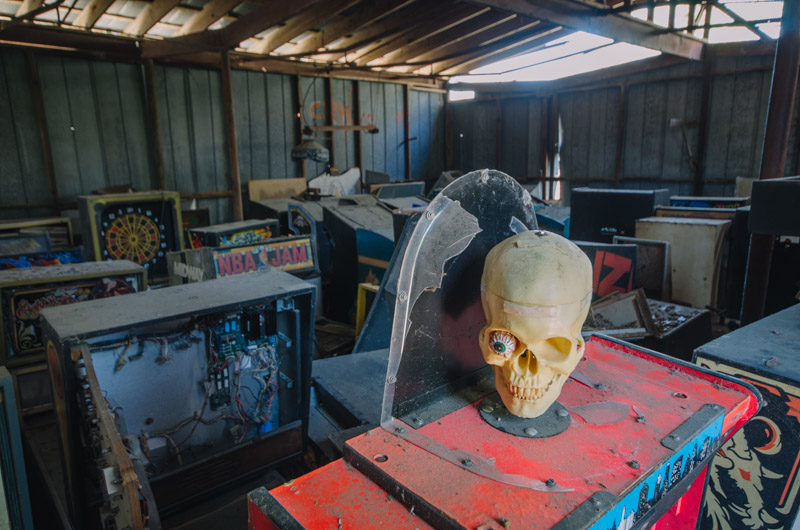 The first arcade games were the old midway of the 1920s which included shooting galleries, ball-toss games, and various coin-operated machines, such as those that claimed to tell a person’s fortune or that played mechanical music. Pinball machines were introduced around the 1930s, though these were made of wood. They also lacked plungers or lit-up bonus surfaces on the playing field and used mechanical instead of electronic scoring-readouts.

In 1972, Atari was formed and essentially created the coin-operated video game industry with the game Pong, the first successful electronic ping pong video game. Though Pong proved to be popular, imitators followed which prevented Atari from dominating the coin-operated video game market. The “Golden Age” of arcade games began in 1978 when Atari released Space Invaders which became the first blockbuster arcade game, and the vector-based Asteroids in 1979. During the late-1970s and 1980s, arcades began popping up in shopping malls with smaller “arcade corners” showing up in restaurants, grocery stores, and movie theaters. Popular games such as Galaxian, Pac-Man, Donkey Kong, Frogger, Paper Boy, and Defender were released during this era. The arcade video game craze started to decline in the late-1980s, due to imitators saturating the market and the rise of home video game consoles.

In the early-1990s, arcade games saw a huge rise in popularity with the release of Street Fighter II in 1992, which popularized competitive fighting games and practically revived the arcade industry. Its success led to other fighting games to be released such as Mortal Kombat, Killer Instinct, Fatal Fury: The King of Fighters, and Virtua Fighter.

Around the mid-1990s, home consoles such the Playstation and Nintendo 64 were released and personal computers were also seeing a rise in popularity with games such as DOOM and Quake. To stay relevant, arcades began offering games that use special controllers that were largely inaccessible to home users. Some examples are rail shooters such as House of the Dead, Area 51, and Time Crisis, and rhythm games such as Dance Dance Revolution. The arcade game industry remains a multibillion-dollar industry in Japan. Here in the US though, while there are arcade gaming expos held around the country and places opening up such as the Silverball Museum in Delray Beach, it’s still very much a niche market.

My friend found this barn house while driving down some back roads one day, filled from wall-to-wall with arcade machines. The owner was willing to sell, but her asking price was around $500-1000 per cabinet which is what you can pay for a working machine nowadays.