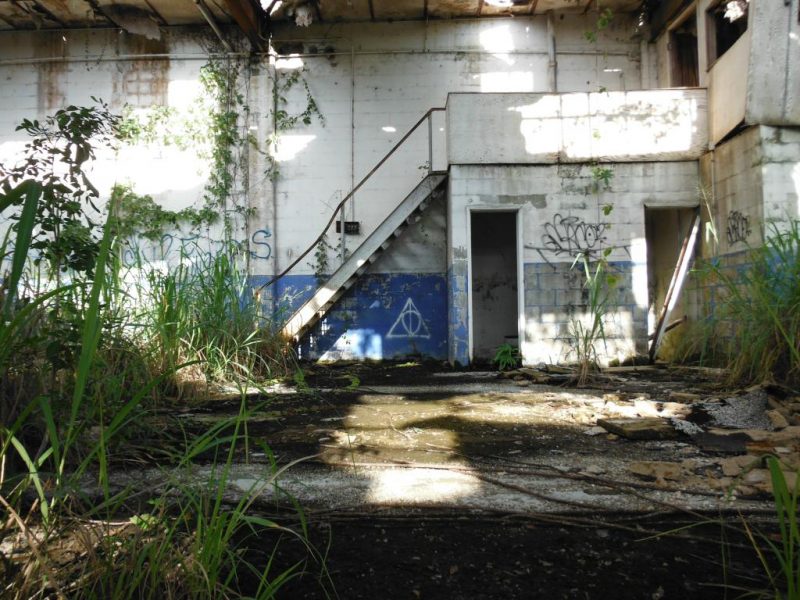 In 1962, American Beryllium relocated from a nearby building to a new five-building facility at 1600 Tallevast Road, just east of its original location in the former Spindrift facility. From 1962 until 1996, the Loral Corporation, the parent company of American Beryllium, owned the property.

Before 1984, Tallevast residents around American Beryllium relied on private wells for potable water. In 1984 and 1985, Manatee County Utilities Department extended municipal water lines along most Tallevast streets. Manatee County did not, however, extended water lines along 16th Street, 18th Street, 19th Street, and parts of Tallevast Road. Those residents continued to use water from their wells for drinking, showering, and other household uses.

In 1986, approximately 50 tons of sediment were removed from the location of an evaporation pond behind the former American Beryllium site. The sediment was transported to a processor in Amelia, Louisiana and incinerated.

Lockheed Martin acquired American Beryllium in 1996 and ceased operations. In 1997, Lockheed Martin paid for a preliminary site investigation to determine if chemicals were present in subsurface soils at the site. A contractor collected samples from 21 locations at depths ranging from one to four feet. Only beryllium exceeded the Florida Department of Environmental Protection’s (FDEP) soil cleanup guidelines. In 1999, the sample results were compared to updated FDEP soil cleanup guidelines and the levels exceeded guidelines for total petroleum hydrocarbons (TPH) at four sumps located within Building #5. Based on the concentrations of TPH, the four sumps were removed as well as approximately 31 cubic yards of soil. The contaminated soils were transported to a processor in Mulberry, FL.

Lockheed Martin sold the property to BECSD, LLC that operates Wire Pro, Inc (WPI). WPI makes cable harnesses and assemblies, connectors, and board-level components. Lockheed Martin retained the responsibility for the environmental contamination. In late 2003, Tallevast community leaders informed Lockheed Martin that some residents were still using their own wells for drinking, showering, and other indoor uses. In May 2004, Florida DEP and the Manatee CHD located and tested 17 private drinking water wells. They found trichloroethylene and other volatile organic compounds (VOC) or “solvents” in 13 wells. In five of these wells, the contaminant levels were above drinking water standards. How long these wells were contaminated is unknown. In June 2004, the Manatee County Utilities Department connected to a public water supply all the homes still using private drinking water wells thus eliminating exposure to contaminated groundwater. Tallevast residents also reported that soil from the former American Beryllium site had been distributed to several residential properties in Tallevast to fill in low areas.

Beginning in May 2004, Florida DOH and Manatee CHD participated in numerous meetings and conference calls with Tallevast residents and other agencies. In a July 2004 fact sheet, the Florida DOH informed nearby residents that except for the lead in one surface soil sample, the levels of chemicals found in Tallevast surface soil samples are not likely to cause illness. In August 2004, at the request of Tallevast residents, the Florida DOH tested air in four Tallevast buildings above the most contaminated groundwater. This testing took place two months after the last Tallevast residents switched to municipal water. The purpose of this indoor air testing was to look for the possible intrusion of vapors directly up from groundwater into buildings. It was not intended to measure vapors from showering or other household uses of the contaminated well water that had ceased two months earlier. Florida DOH did not find trichloroethylene or other solvents associated with the former American Beryllium site in these four buildings. Florida DOH and ATSDR detailed this testing in a health consultation report. In August 2004 and December 2005, Florida DOH tested corn, oranges, grapefruit, and tangerines from two Tallevast properties and found the levels of metals are not likely to cause illness. Florida DOH and ATSDR detailed this testing in a health consultation report.

In December 2004, Florida DOH prepared separate preliminary draft health consultation reports for soil and groundwater. At the request of FOCUS leaders, Florida DOH delayed finalizing these two reports pending additional soil and groundwater testing. Subsequently, Florida DOH decided to combine these two draft reports into this comprehensive public health assessment. Between January 2005 and April 2005, the Florida DOH, in cooperation with the Manatee and Sarasota County Health Departments, tested the blood of 359 former American Beryllium workers, household members, and nearby Tallevast residents. Five individuals, who were either former workers or household members of former workers, tested positive for beryllium sensitivity. Florida DOH and ATSDR detailed the results in two health consultation reports. In a separate program, the US Department of Energy also tested former workers and found some were positive for beryllium sensitivity.

In February 2006, Lockheed Martin initiated a program to close 55 irrigation and private wells. As of September 2006, 34 wells have been capped. In June and October 2006, Lockheed Martin tested soil gas a few feet below land surface at 21 locations in the Tallevast community. Assuming soil gas could enter houses undiluted, Florida DOH determined the highest levels of tetrachloethylene were not likely to cause illness. Florida DOH also determined the highest levels of trichloroethylene were no more than a “low” (<2 in 10,000) increased theoretical risk from lifetime exposure. Too little is known about the toxicity of 1,1-dichloroethane and cis-1,2-dichloroethane to determine the risk of illness. During the next several years, Lockheed further investigated the site’s contamination and determined it actually extended for greater than 200 acres. Then in August 2008, Lockheed’s interim groundwater treatment system failed, causing a large spill of contaminated water. In 2009, Lockheed Martin submitted a cleanup plan to the state which indicated that cleanup of the contaminated site will take 50 years, but a majority of the contaminants in the groundwater would be cleaned up in the next 5 years. Demolition of the plant began in April 2015.