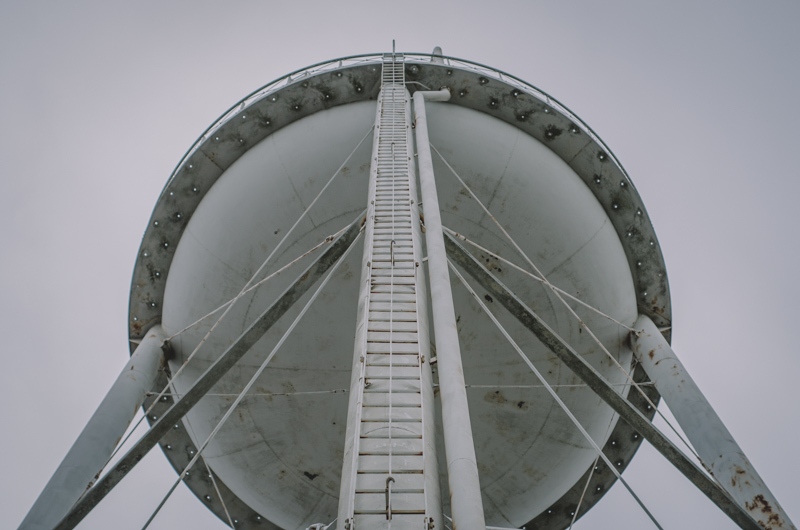 The ACCO Aerated Concrete Systems plant in Apopka, Florida was first built in 1969, when General Electric opened a new factory as part of GE’s lighting-systems division, manufacturing incandescent lamps. The factory operated until it closed in 1982. GE reopened the factory a year later as part of its robotics operation. It is best to note that at the time, the robotics industry was doing poorly as robots were relegated to marginal tasks and were nearly mothballed entirely. The industry’s reputation suffered massively during the 80s and almost disappeared entirely.

GE designed and developed the software and central processing unit, or brain, for robotic welding sites. Automation Intelligence designs and manufactures industrial computer controls that sometimes are used in robotics.

The company, like some others in the automated-welding business, overestimated the size of the market. Citing the poor economic outlook for the robotics industry, in January 1987, General Electric closed it’s robotics plant, putting 118 employees who manufacture computer-driven mechanical arms out of work. The land and factory were later sold.

In 1999, ACCO Aerated Concrete Systems, a subsidiary of the Florida Crushed Stone Company, reopened the plant as an aerated-concrete plant. Costing an estimated $10 million renovation, the project began back in 1987 when the robotics plant closed down. The project laid dormant for a few years before Orlando was seen as a great location from a sales standpoint and labor pool. The aerated concrete process is explained below:

“Unlike most other concrete applications, AAC is produced using no aggregate larger than sand. Quartz sand, lime, and/or cement and water are used as a binding agent. Aluminum powder is used at a rate of 0.05%–0.08% by volume (depending on the pre-specified density). When AAC is mixed and cast in forms, several chemical reactions take place that gives AAC its lightweight (20% of the weight of concrete) and thermal properties. Aluminum powder reacts with calcium hydroxide and water to form hydrogen. The hydrogen gas foams and doubles the volume of the raw mix (creating gas bubbles up to ⅛ inch in diameter). At the end of the foaming process, the hydrogen escapes into the atmosphere and is replaced by air.

When the forms are removed from the material, it is solid but still soft. It is then cut into either blocks or panels, and placed in an autoclave chamber for 12 hours. During this steam pressure hardening process, when the temperature reaches 374° Fahrenheit (190° Celsius) and the pressure reaches 8 to 12 bars, quartz sand reacts with calcium hydroxide to form calcium silica hydrate, which accounts for AAC’s high strength and other unique properties. After the autoclaving process, the material is ready for immediate use on the construction site. Depending on its density, up to 80% of the volume of an AAC block is air. AAC’s low density also accounts for its low structural compression strength. It can carry loads up to 1,200 PSI, approximately only about 10% of the compressive strength of regular concrete.”

With the plant opening, it immediately became the largest supplier and producer of autoclaved aerated material. The plant operated with great success, leading to Florida Crushed Stone Co. to be bought out by Rinker Materials, better known in Florida as CEMEX or Florida Materials. The plant operated until its closure in 2007. The former ACCO plant was demolished in 2011, though there are a few remnants remaining such as the plant’s water tower. When I visited in 2015, an auto shop was functioning in one of the remaining buildings and a motorcycle meetup was happening outside.