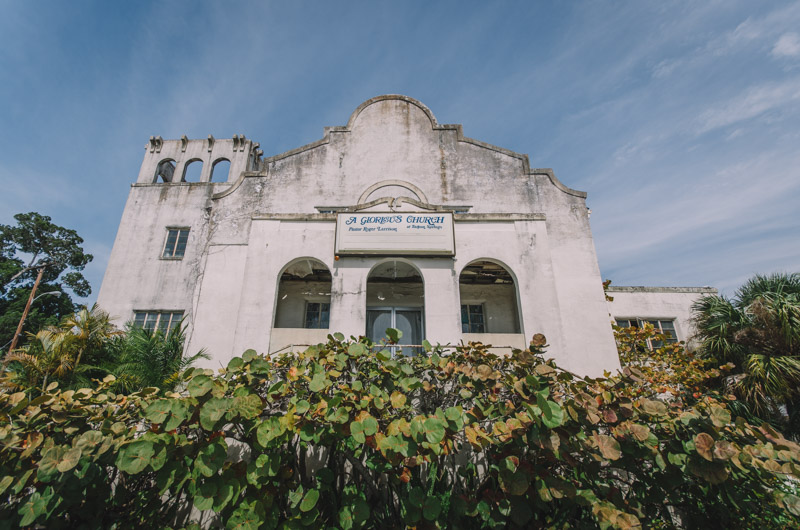 The First Baptist Church congregation built its first church at the corner of E. Tarpon and Ring Avenues. Dr. Dee Diamandis, a local physician, bought the old church and converted it into a house. The congregation moved to the corner of Read and Canal Streets in 1926, where they constructed the building which would later be known as A Glorious Church.

Richard J. Boeckl purchased the building in the early 1970s and throughout the following years, several congregations would rent it out, the last being A Glorious Church whose sign hung on the facade of the building for many years. In 1993, a storm flooded its ground floor with three feet of water and destroyed portions of the roof. Doing his best to maintain the building, Boeckl was interested at one point in transforming the building into a condominium, but those plans never came to fruition.

In 2017, his son Andrew Boeckl, now the owner of the old church building, had it remodeled into his own personal residence. The home is part of the Tarpon Springs Historic District which is bounded by Read Street, Hibiscus Street, Orange Street, Levis Avenue, Lemon Street, and Spring Bayou and contains 145 historic buildings. On December 6, 1990, the district was added to the U.S. National Register of Historic Places.